Why Your Vote for Romney Matters, Swing State or Not 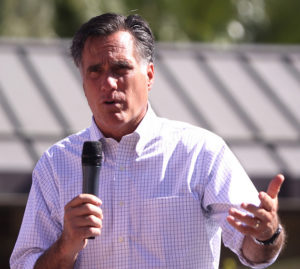 The popular notion that if you’re not living in a swing state your vote in this presidential election doesn’t really count is dangerously false.

If Barack Obama wins the election and wins the popular vote by a substantial margin, then he will have a strong mandate to continue increasing spending, expanding regulations, crippling the U.S. military, apologizing to our enemies, ignoring the Constitution, and undermining the institutions on which liberty depends. If he wins the election but wins the popular vote by only a scant margin or loses it, then he will have a relatively weak mandate to continue his course of destruction.

What are Romney’s most significant campaign promises?

Being a conservative, Romney has, of course, promised to pursue several agendas that would be horrifically wrong (because rights-violating). Fortunately, however, most of those pertain to issues on which he can’t have any substantial effect. What matters in regard to Romney’s (hopeful) presidency are the major areas in which he can have an effect. These include health care, the economy, regulations, jobs, energy, spending, taxes, the military, and foreign policy. And, regarding these, Romney has made the following major promises (the quotes are verbatim):

Given what we’ve suffered under Obama and G. W. Bush, Romney’s foregoing promises are welcome. Lovers of liberty would do well to ensure not only that Romney wins, but that he wins the popular vote by a large margin and thus gains a strong mandate to carry out these policies.

The bottom line? Whether you live in a swing state or not: Vote. Vote for Romney. And then, should he win, hold his feet to the fire.

View all articles by Craig Biddle →
Letter to the Editor
Soccer Coach Wenger is Right to Reject “Positive Racism”Science Should be Funded Privately, Not Through Federal “Investment”
Return to Top