Science Should be Funded Privately, Not Through Federal “Investment” 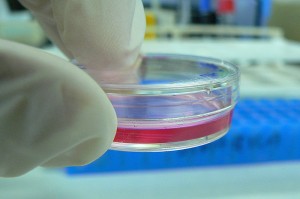 Professor Lane is not suggesting that individuals, businesses, or voluntary charities should adhere to this “basic investment principle.” Rather, he is assuming the inadequacy of the private sector to make necessary scientific and technological advancements, and arguing that the federal government should be the primary “investor” in science.

But is federal funding of scientific research really investment?

If a Wall Street professional extorted money from you—for instance, by threatening to lock you in a cage unless you give him some of your earnings—and then used the money to buy shares of a research company, you would hardly characterize his actions as “investment in science and technology.” Yet this is precisely what Professor Lane calls the same course of action taken on the part of the federal government. Federal “investment” is a euphemism for federal theft. The proper role of government, far from “invest[ing] in science” or “expand[ing] the economy,” is to protect individual rights by banning force from social relationships and by using retaliatory force against would-be rights violators—including extortionists.

Under a proper government, funding of scientific research would be entirely private and voluntary. Willing individuals and corporations would either invest in science and technology, with the goal of profiting on the investment, or donate to research institutions, with the goal of charitably supporting scientific advancement. If individuals or businesses failed to see the benefits of funding a particular scientific endeavor, scientists and their advocates would be free to try persuading possible investors of the benefits.

Professor Lane and other proponents of science present powerful arguments about the benefits of scientific research, and those arguments would undoubtedly convince many people to financially support scientific advancement. Yet, advocates of federal “investment” in science often simultaneously argue that individuals could not be persuaded to sufficiently finance scientific research. This argument is self-defeating. If scientific advancement is as clearly beneficial as Professor Lane and others claim, what would stop people from privately investing to secure that benefit? If, on the other hand, people cannot see or be persuaded of actual or potential benefit in supporting scientific research, then they have no good reason to invest. Either way, they should be free to keep or spend their money as they see fit. As Ayn Rand said, “Man—every man—is an end in himself, not the means to the ends of others.” People have a moral right to invest their own money in science—or not to do so—as they see fit. Professor Lane might value scientific research more than other people do, but that does not give him a right to employ government force to make them the means to his ends.

View all articles by Ross England →
Why Your Vote for Romney Matters, Swing State or NotIf Republicans Want to Win, They Must Embrace Individual Rights
Return to Top