Why Forcibly Limiting Campaign Spending is Censorship—And Why it Matters 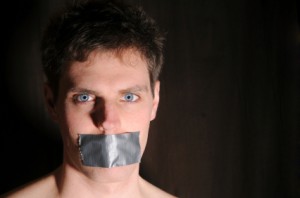 Our right of free speech as recognized and protected by the First Amendment is a cornerstone of liberty and of America’s republican form of government.

That right is under assault, and our freedom of speech is at risk of serious erosion.

In the wake of the Citizens United Supreme Court case, which upheld the right of a group of citizens to distribute a documentary criticizing a candidate for office, the “progressive” left has launched a campaign to overturn the First Amendment with a new amendment restricting freedom of political speech.

This year, citizens in two states, Montana and Colorado, will decide ballot measures requesting the passage of such a constitutional amendment.

The Montana measure, Initiative 166, explicitly seeks to overturn Citizens United; asserts that “corporations are not human beings with constitutional rights”; and calls for “limits on overall campaign expenditures and limits on large contributions to or expenditures for the benefit of any campaign by any source, including corporations, individuals, or political committees.”

In Colorado, Amendment 65 (originally Initiative 82) calls for “an amendment to the United States Constitution that allows Congress and the states to limit campaign contributions and spending.”

Both measures are part of a long-term, nationwide campaign to promote a new amendment limiting the First Amendment. If such an amendment were passed, it would be the first time a portion of the Bill of Rights was intentionally repealed.

Nor is this movement limited merely to the petulant whining of the business-loathing “progressive” left, which detests the Citizens United decision upholding free speech. An August poll conducted by the Associated Press and the National Constitution Center asked the following question:

Do you think there should or should not be limits on the amount of money corporations, unions and other organizations can contribute to outside organizations trying to influence campaigns for president, Senate and U.S. House?

Eighty-three percent of respondents said there “should be limits.” That such a huge proportion of the American population would overtly call for censorship of political speech is both astonishing and frightening. Unless more Americans can be persuaded to support the right of free speech, censorship is inevitable, putting at risk the American system of constitutionally guaranteed liberty.

And censorship is precisely what this movement demands. Censorship means that the government may forcibly restrict who may speak, how they may speak, or what they may say.

Consider some of the key implications. The new constitutional amendment as envisioned by both the Montana and Colorado ballot measures would explicitly authorize federal and state politicians to pass legislation limiting campaign spending. In other words, politicians would be charged with silencing their own critics. Prohibiting such tyranny was a major reason the founders drafted and ratified the First Amendment.

Despite the fact that today’s left manifestly detests productive, for-profit corporations, corporations and all groups have a moral and constitutional right to express their views and to spend their own resources doing so. The left’s endless chant that “corporations aren’t people” is true but irrelevant. Like all groups, corporations are groups of individuals, each of whom has rights. As a group of individuals, a for-profit corporation has a right to spend its resources advocating its political or philosophical views. The government’s only proper role in this sphere is to recognize and protect that right. The only alternative is for the government to censor corporate speech in violation of the rights of the individuals who compose the corporation.

Consider that many for-profit corporations exist with the explicit aim to publish commentary. For example, The Objective Standard is a for-profit corporation. Not only does this article oppose the ballot measures in Montana and Colorado, but Craig Biddle, the journal’s editor, has, in the pages of this journal, endorsed Mitt Romney for president. The Montana measure explicitly states that Biddle and I have no right to free speech insofar as we write for this publication, whether we write about campaigns or anything else. Indeed, the Montana measure asserts that we have no constitutional rights whatsoever insofar as we write for this corporation.

Likewise, many media outlets, ranging from the Denver Post to Fox News to MSNBC, are for-profit corporations. Under the proposed laws, all such outlets would potentially be subject to censorship.

Many media outlets are also not-for-profit corporations, including the left-leaning PBS and the right-leaning Watchdog.org (a project of the Franklin Center for Government and Public Integrity). The Montana measure makes no distinction between for-profit and non-profit corporations—all are to be denied their right of free speech.

Of course, under the laws envisioned, Congress and state legislatures could exempt politically-favored groups from government censorship. They could also revoke such exemptions at will. Thus, even if certain media outlets were somehow exempted, the lingering threat of censorship would cause them to second-guess their endorsements and to seek a censor-approved “balance” of coverage.

Even if the government exempted “news” corporations from censorship, the censors would still get to decide what constitutes a “news” corporation. Would The Objective Standard qualify? The non-profit corporation Citizens United produced a documentary critical of Hillary Clinton. The corporation Obama’s America Foundation produced the film 2016: Obama's America, highly critical of the president and in theaters running up to the 2012 elections. Would these corporations be censored? If not, why not?

If the censorship laws exempted “news” corporations broadly defined, groups not exempted could simply spin off “news” divisions and produce books, films, and “news” papers promoting their political views. Who would be in charge of deciding which community newspaper is a “legitimate” news organization and which was founded to promote particular candidates and political causes?

The Citizens United decision illustrates the sweeping scope of censorship laws then under review:

[T]he following acts would all be felonies. . . . The Sierra Club runs an ad, within the crucial phase of 60 days before the general election, that exhorts the public to disapprove of a Congressman who favors logging in national forests; the National Rifle Association publishes a book urging the public to vote for the challenger because the incumbent U. S. Senator supports a handgun ban; and the American Civil Liberties Union creates a Web site telling the public to vote for a Presidential candidate in light of that candidate’s defense of free speech. These prohibitions are classic examples of censorship.

Perhaps under the newly proposed censorship laws the government censors would round up the prohibited books and celebrate with a bonfire.

The censorship laws as proposed by the Montana and Colorado ballot measures would not be restricted to corporations, whether for-profit or non-profit. The Montana measure explicitly says the campaign speech of individuals should be censored; the Colorado measure does not specify the nature, scope, or intended victims of the censorship laws. Thus, all individuals and all groups, including unions and ad-hoc community groups, could fall under the censor’s boot as well.

What about the “progressive” claim, as the Montana measure puts it, that “money [is] property, not speech?” The First Amendment is not about the “right” to talk to yourself in your living room. Even those Soviets who survived Stalin’s murder machine retained that “right.” Rather, the First Amendment protects each individual’s right to advocate his beliefs to others, so long as he does not violate rights, including property rights, in the process. (For example, I have no “right” to barge into your living room in the middle of the night to make a speech, nor to yell “fire” in a theater when there is no fire.) One cannot advocate one’s beliefs except by expending resources, as by printing pamphlets or books, dialing one’s phone, placing a sign in one’s yard, purchasing computer equipment, driving to a radio station for an interview, or the like. Censorship by restricting an individual’s or a group’s expenditure of resources on speech is still censorship.

The First Amendment properly recognizes and protects each individual’s right to advocate his beliefs, whether alone or as part of a group. In Citizens United, the Supreme Court properly upheld the right of free speech. To preserve the Bill of Rights and America’s republican form of government—which critically depends on the liberty to criticize government—Americans must oppose efforts to institute censorship, and they must proudly and loudly champion the right of free speech.