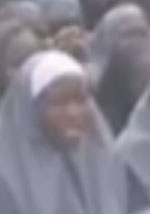 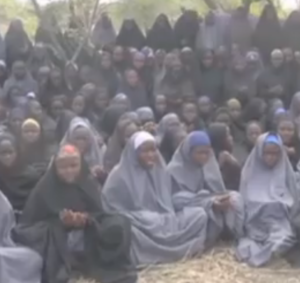 Why did a gang of thugs kidnap 276 schoolgirls in Nigeria last month? As Ayaan Hirsi Ali points out in an op-ed for the Wall Street Journal, the thugs in question belong to the jihadist group known alternately as Boko Haram or Jam'at Ahl as-Sunnah lid-da'wa wal-Jihad. Translated, the names mean, “Western Education Is Forbidden” and “The Fellowship of the People of the Tradition for Preaching and Holy War.”

As Ali points out, “Boko Haram sincerely believes that girls are better off enslaved than educated.” Ali also points out that the kidnappings are part and parcel of the broader jihadist campaign against women living as human beings.

Further, as USA Today reports, “The majority of the abducted girls are believed to be Christians”—although now, imprisoned, they have “converted” to Islam. The leader of Boko Haram explicitly invoked his “God” to justify the kidnappings—“By Allah, I will sell them in the marketplace!”—although now he is reportedly offering to trade the girls’ freedom for the release of imprisoned members of Boko Haram.

Ali concludes her article with a warning:

If [Western liberals] choose to regard Boko Haram as an aberration, they do so at their peril. The kidnapping of these schoolgirls is not an isolated tragedy; their fate reflects a new wave of jihadism that extends far beyond Nigeria and poses a mortal threat to the rights of women and girls. If my pointing this out offends some people more than the odious acts of Boko Haram, then so be it.

Westerners who pretend that Boko Haram is motivated by anything other than its religion, Islam, are to that extent party to these crimes and should be condemned along with Boko Haram.