Farm Subsidies Are Wrong, Regardless of Recipients’ Wealth 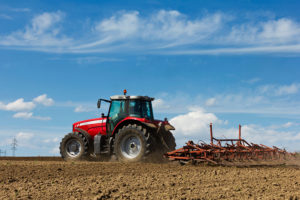 UPI reports one of the bizarre aspects of U.S. farm policy:

Fifty billionaires on the Forbes list of the U.S. richest have received $11.3 million in federal farm subsidies [between 1995 and 2012], the Environmental Working Group [EWG] said Thursday.

EWG’s Alex Rindler told UPI, “Farm programs that benefit billionaires are indefensible and irresponsible.” EWG instead wants government to “assist beginning and socially disadvantaged farmers and ranchers” in part through “crop insurance, credit, loan and grant programs.” In other words, EWG wants subsidies for the poor, not the rich.

Rindler is right that subsidies for the wealthy are indefensible. But so are subsidies for everyone else. Individuals have a moral right to decide how to use their wealth, and government has no right to confiscate people’s wealth in order to subsidize others, whether the recipient is rich or poor, a farmer or a Wall Street executive.

Government’s sole legitimate role—including with respect to agriculture—is to protect people’s rights, including their property rights and rights to contract. Government should not modify its subsidy programs for farmers but end them.