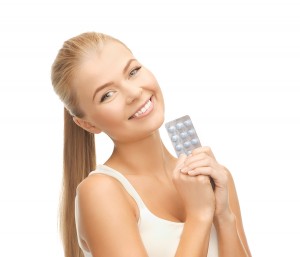 A pair of leftist nonprofits in Colorado have funded a series of advertisements promoting ObamaCare among young professionals. One ad, for example, touts the benefits of having insurance if you happen to fall off a beer keg and injure yourself. (Really.) Another ad plays up the fact that ObamaCare forces insurers to cover birth control:

Let’s get physical. OMG, he’s hot! Let’s hope he’s as easy to get as this birth control. My health insurance covers the pill, which means all I have to worry about is getting him between the covers. I got insurance. Now you can too. Thanks ObamaCare!

Among many things that could be said about this ad, its message is obscenely offensive to rational women, who have greater criteria for sexual relations than “he’s hot!” As Colorado activist Kelly Maher aptly notes, the ads “are demeaning and belittling women with shallow sexual caricatures and making light of serious women's health issues.”

But the problem with ObamaCare is not merely that it forces some people to subsidize birth control and the like. Granted, that’s bad, but the evil here is much broader than that. The essential problem with ObamaCare is that it forces everyone involved with any aspect of it to act against his judgement—whether by taking his wealth through taxation, forcing him to pay higher premiums for regulated insurance, or (for an insurer) forcing him to offer irrational policies.

Ironically, the young professionals targeted by these ads are the most likely to pay higher insurance premiums because of ObamaCare. For example, when last my wife purchased birth control, it cost only $31 out of pocket per month; by contrast, many of the women who will now get “free” birth control will have to pay hundreds more per month to get insurance that covers birth control.

There’s no getting around the fact that government meddling in health care makes everyone’s health care everyone else’s business. “We’re in this together,” as Obama says—which in this case means that some people will spend your money to pay for their health care, whether for birth control, keg mishaps, or what have you. And that means that everyone’s health spending will increasingly become a political matter rather than a private matter.

ObamaCare is an atrocity from start to finish. Although it’s easy to make fun of certain aspects of the law and the support for it—such as these absurd ads—we ought not lose sight of the fact that the law grossly violates our rights and therefore substantially undermines the liberty and health of Americans—and in some cases their very lives. ObamaCare doesn’t need better marketing; it needs faster repealing.

View all articles by Ari Armstrong →
Letter to the Editor
Farm Subsidies Are Wrong, Regardless of Recipients’ WealthObama’s Answer to How Health Insurers Will Adjust to His Whim: Somehow
Return to Top