The Crucial Distinction Between Subsidies and Tax Cuts 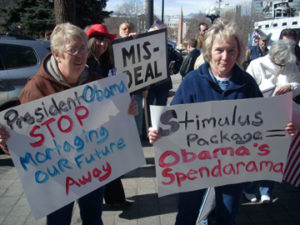 How many times have you heard a tax cut described as a “subsidy?”

It’s bad enough that government forcibly confiscates our wealth for the purpose of transferring our money to others in the form of welfare (whether regular or corporate). Adding insult to injury, pundits and politicians often speak as though letting a person keep his own money is the equivalent of handing him someone else’s money. They use the terms “tax cut” and “subsidy” interchangeably.

For example, earlier this year the New York Times ran an editorial under the headline, “Subsidize Students, Not Tax Cuts,” as though handing students other people’s money is no different than letting producers keep their own money.

Unfortunately, even some advocates of free markets use the terms interchangeably. For example, economist David Friedman argues that a subsidy and a tax credit for a given activity “differ only in labeling.” Friedman continues, “They have the same effect on the federal budget. They provide the same amount of subsidy.” James Wilson of Downsize DC agrees. . . .