What’s Wrong with Stomping on “Jesus”? 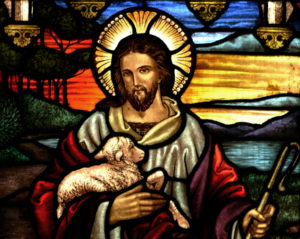 When a professor at Florida Atlantic University asked students to stomp on the name of “Jesus” written on a piece of paper, a Mormon student objected. Although the university first threatened to sanction the student, in the face of widespread criticism the university relented and apologized for the exercise. (For details, see Todd Starnes’s report for Fox.)

Surely there is something very wrong with this assignment. But what exactly is the problem with it? Some might argue that, hey, it’s just a piece of paper with ink patterns on it. So what if the name “Jesus” is written on the paper? That name also refers to a large number of people living in Latin America. Would we be offended if “Bob” were written on the paper? What’s the big deal?

To zero in on what’s the big deal, consider the language of the assignment:

We all recognize that intentionally stepping on something in such a context, or spitting on it, or burning it, is a sign of disrespect of the person or thing symbolized. There is of course nothing wrong with showing disrespect toward a person (or institution) who deserves it and for whom one legitimately holds contempt. For example, Hitler, Stalin, and comparably evil figures are worthy of nothing but contempt. And TOS published images of Mohammed that Muslims find offensive; but this was in response to Muslims assaulting and murdering people for exercising the right to freedom of speech.

The problem with the exercise at Florida Atlantic University is that it asked students to show disrespect toward a figure they likely personally admire. The assignment did not argue that Jesus was a bad person or that Christianity is a bad religion; nor was the assignment a response to something horrific or irrational that Christians had done in the name of Jesus. Rather, this assignment asked students to personally stomp on a symbol representing a religious figure for whom they likely hold great reverence. The purpose of the assignment was to make them assault their own values. It was an exercise in moral nihilism. This—not the mere fact that it offended some Christians—is what was reprehensibly wrong with it.

(As to whether Christianity is right or wrong, good or bad, that is an entirely separate debate.)