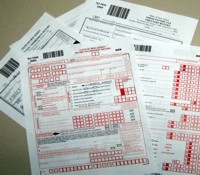 In criticizing his state’s proposed tax credit-based school voucher program, called the “Opportunity Scholarship Act,” former New Jersey governor James J. Florio writes: “You don’t have to be an economist to understand that [education] tax credits are tax expenditures and, thus, revenues lost to be made up by someone else.”

Is Florio correct in implying that education tax credits are essentially an indirect government subsidy? No, because he evades a crucial fact: The Act would not take money from the government; rather, it would enable citizens to keep their own money—money the government never had in its possession.

Further, the Act “would provide matching tax credits to corporations that contribute to a scholarship program for students to attend outside schools” (my emphasis). If the reduction in money the government seizes from citizens is offset by a reduction in the number of children the state pays to “educate” in government-run schools, then the “revenues lost” do not have “to be made up by someone else.”

If concepts have meaning, the government cannot “expend” money it never took possession of. (For more on this, see my reply in TOS’s Summer 2011 “Letters and Replies.”) In a properly structured program, education tax credits enable individuals to spend their own money, on whom they please, according to their own standards and values, at no cost whatsoever to government or anyone.

While there are good reasons for free market advocates to oppose the Opportunity Scholarship Act, the tax credit funding mechanism is not one of them. Why can’t—or won’t—politicians see that government can’t lose that which it never had?

View all articles by Michael A. LaFerrara →
China’s One-Child Policy Illustrates Rights-Violating Horror of CollectivismHiggs Boson Research: Testament to the Power—or the Crudeness—of the Human Mind?
Return to Top