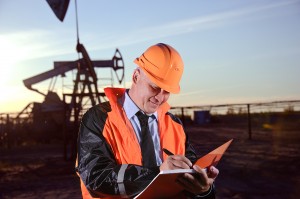 The June 2013 BP Statistical Review of World Energy reported “that 2012 had the largest single-year increase in US oil production ever recorded.” Of all countries, the United States attained the “highest growth in production of both oil and natural gas,” an achievement made possible by horizontal drilling and hydraulic fracturing (fracking).

U.S. oil producers increased output by 14 percent from 2011 to 2012, to 8.9 million barrels per day, accounting for 9.6 percent of the total oil produced in the world.

This increase in production exceeded the world's total growth in oil consumption by more than 15 percent—and July 2013 oil production numbers are the highest since 1992. Likewise, U.S. natural gas production rose by 4.7 percent from 2011 to 2012, accounting for 20.4 percent of the 3,364 billion cubic meters produced worldwide.

Think about those numbers. Then celebrate the cause.

The combined technologies of horizontal drilling and hydraulic fracturing (fracking) are implemented commercially only in North America, where they have attracted huge investment and generated enormous economic activity. These technologies are commercially used together to any significant degree only in North America, because that is the only place producers have been (relatively) free to develop and use them.

Other countries have the potential to increase energy production in this same way—but, to do so, they must free producers to implement these innovative technologies.