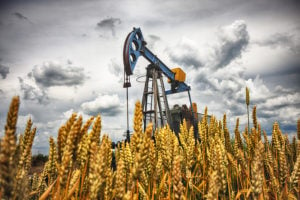 From February 2010 to February 2013, onshore oil production (including the production of crude oil and liquid hydrocarbons called “lease condensate”) within the Lower 48 States increased by 64 percent, driven largely by horizontal drilling and hydraulic fracturing (fracking).

In an April 2013 report, Hazem Arafa, the Director of Statistics for The American Petroleum Institute (API), states that "Shale drilling . . . now accounts for an estimated 23 percent of all wells drilled in the United States."

The North American shale revolution continues to radically expand domestic energy production as businesses invest more in the practices and technologies that make it possible. Kudos to those who, through their commitment to technological innovation and the pursuit of profit, have advanced and continue advancing this life-serving industry.