The Difference between Voluntary Exchange and Rationing in Healthcare

Even without a national healthcare plan the old person is taking a finite amount of time away from the possibility of the doctor working on a younger patient. Therefore rationing is inevitable in any system. Rationing has to take place. It is only fair to allow the rationing to take place through a democracy [government rationing] and not at the whim of a doctor or the pocket book of those who can pay [a free market].

If the term “rationing” (in the political/economic context) has any rational meaning, it refers to the activity of a government forcibly dictating who will receive which goods or services and when. If we were to refer to the activity of a doctor voluntarily treating a patient who is willing and able to pay for the service as “rationing,” then we would have to refer to every trade in every economic field as “rationing,” and the term would lose its purpose in the English language. 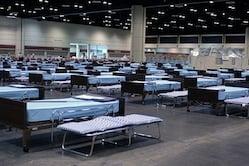 The distinguishing characteristic of rationing—the thing that separates it from voluntary market activities—is the fact that it is instituted by force and by a government. When a farmer voluntarily contracts to ship his corn to a distributor in New York, that’s a trade; when a government forbids a farmer to ship his corn to New York and forces him to ship it to a distributor in Idaho, that’s rationing. Likewise, when a doctor voluntarily contracts with a patient or an insurance company to provide a certain service for a certain fee, that’s a trade; when a government forbids a doctor to contract with some patients or insurers and orders him to serve others, that’s rationing.

A trade is a voluntary exchange. Rationing is a violation of individual rights.

That a doctor’s time is finite, or that someone is unable to afford his services, or that the doctor might refuse to treat someone for some voluntary reason, does not constitute rationing, because it does not involve force. The person is still free to pursue medical treatment by other means—whether by scheduling a later appointment, or offering the doctor more money, or seeking a doctor who has room in his schedule or works for less money, or seeking private charitable assistance.

Trade and rationing are antipodes, and anyone who cares about life, liberty, and the pursuit of happiness had better grasp and respect their actual meanings.

View all articles by Michael A. LaFerrara →
Letter to the Editor
Congress Should Reject Obama’s “To Do List” and Remind the President of his Proper RoleIt’s Time to End Occupational Licensure
Return to Top