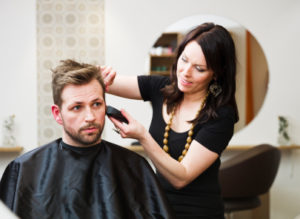 The statistics are astounding. According to Forbes’ Suzanne Hoppough, from 1960 to 2007 the percentage of U.S. workers belonging to a licensed profession rose from 4.5 percent to 28 percent. In all, writes Hoppough, occupations requiring a government license in at least one state—including dentists, plumbers, hairdressers, secretaries, librarians, wallpaper hangers, and florists—rose from 80 in 1980 to 1100 by 2008.

The economic cost is incalculable. Licensure restricts the supply of workers in the occupations affected, stifling innovation and entrepreneurship, suppressing competition, and driving up prices. And the violation of American’s rights to liberty and the pursuit of happiness are patent: We are forbidden to act or contract in accordance with our judgment, forbidden to pursue our happiness as we see fit, forbidden to earn a living in these areas unless we have permission, in the form of a license, from the state.

What drives the licensure epidemic? It is fueled, in large part, by the established members of the various occupations themselves, through myriad professional organizations such as the National Association of Mortgage Brokers, American Dental Association, and the Cleveland Bar Association. Writes Hoppough: “These modern-day guilds have replaced organized labor as the main vehicle for workers seeking to shield themselves from competition.” Institute for Justice President William Mellor observes that they are “monopolies created by the government.”

But by seeking government “protection,” the guilds have sold their souls to the devil. Statists are beginning to discover the extortive power that government licensure accords them, and they are using that power against those who have helped hand it to them. Consider a few examples:

Licensure is anti-freedom, anti-American, and pro-statism—it violates our rights, squelches our liberties, and throttles the economy in myriad ways—and it is high time for Americans to call for its abolition.

Consumers want such information (hence the concern), so, in a free market, where people are free to act and to do business in accordance with their own judgment, profit-seeking businesses and nonprofit institutions arise to provide it. Indeed, such organizations already abound.

Consider, for instance, occupational accreditation that is voluntarily instituted in various professional and trade associations, such as the American Dental Association through its Commission on Dental Accreditation and the National Institute for Metalworking Skills. Consider also Zagat, which rates restaurants; Underwriters Laboratories (UL), which provides product safety testing for a wide range of industries; and the American National Standards Institute (ANSI), which provides a wide range of services including personnel certification and accreditation.

If Americans want information about the credibility, quality, and safety of the people and organizations with whom they do business, they do not need to get such information from the government (nor can the government competently provide such information). Rather, they need freedom—and the goods and services that flow from self-interested people operating under the principle of supply and demand in the marketplace.

It is time for Americans to call for an end to occupational licensure and to demand, instead, that the government protect and not violate our rights.

View all articles by Michael A. LaFerrara →
The Difference between Voluntary Exchange and Rationing in HealthcareEurope Needs Real Liberty, Not Fake “Austerity”
Return to Top