Duck Dynasty and the Difference between Rights and Tolerance 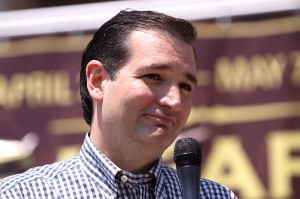 Many conservatives and “liberals” are deeply confused about the meaning of rights and tolerance, as recent controversies—including the one over Duck Dynasty—make clear. So now is a good time to clarify and distinguish these ideas.

A “right” is a moral principle defining an individual’s proper “freedom of action in a social context”; it is not a claim to the property or effort of others. You have a moral right to act on your own judgment, to produce and trade, to keep the product of your effort, to use your property as you see fit—so long as you do not violate the rights of others by using force, fraud, or the like against them.

For example, a cake baker has a moral right to refuse to bake a cake for a gay wedding—even if he does so for bad reasons. A cable television network has a moral right to fire whomever it wants—whether it has good or bad reasons for doing so. A&E has a right to suspend Duck Dynasty’s Phil Robertson over his irrational and bigoted remarks (as their contractual relationship permits).

Likewise, Robertson has a moral right to believe and say whatever he wants—even if he believes or says absurd and bigoted things. But he has no right to force others to provide him with a microphone, a cable show, or the like. . . .

View all articles by Ari Armstrong →
Teen Inventor Kelvin Doe Exemplifies Active MindBiotech Revolution Could Save Your Life, but Needs Freedom to Do So
Return to Top