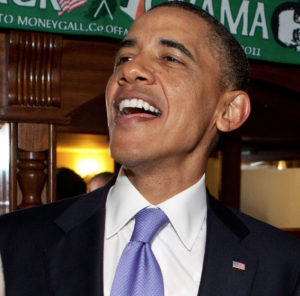 “President Obama plans to give Congress a ‘To Do List’ today,” USA Today reports. But that’s not how American government is supposed to work.

On the contrary, Congress, the legislative branch of government, is supposed to give the “to do lists” to the president, head of the executive branch. (The president may “recommend to [Congress’s] consideration such measures as he shall judge necessary and expedient,” the Constitution says.) The presumption that Congress exists to do the president’s bidding puts the future of our Republic in extreme peril.

Moreover, Obama’s “to do list” is all about expanding the federal government’s interference in the economy. Obama’s five-part list breaks down into three types of federal interventions:

1. Expanded tax manipulation. Obama wants to eliminate “tax incentives that allow companies to deduct the costs of moving their business abroad,” USA Today reports. He also wants to implement tax credits for hiring new employees, raising wages, and moving companies back to U.S. shores. But, rather than try to use tax policy to manipulate the economy, Congress should lower taxes for everyone in a equitable way—and cut spending to match. Rather than raise taxes on businesses that move operations to other countries, Congress should lower corporate taxes and regulatory burdens so businesses can remain here and operate profitably.

2. Contract interference. Obama wants to “cut red tape in the mortgage market” to make it easier to refinance “at today's lower rates.” If by “red tape” Obama means government rules arbitrarily blocking refinancing, then great. But I suspect that what Obama means by “red tape” is actually rational credit requirements by lending institutions, which Obama seeks forcibly to override. At any rate, as every thinking adult knows, the mortgage meltdown was caused by federal interference in the mortgage market and the economy at large, and Congress should act to end government interference in the economy, not expand it.

3. Forced wealth transfers. Obama wants more corporate welfare for allegedly “clean” energy (such as the abandoned and toxic waste-filled Solyndra complex). He also wants to create a “Job Corps” for veterans so that they can work as “cops, firefighters, and [in] serving their communities” (whatever that means). But the federal government should free up the economy so veterans (and everyone else) can find work in the private sector; it should not suck more resources out of the economy to expand the federal workforce. The notion that the federal government should finance local police and fire departments (or anything of the sort) assaults the constitutional system of federalism that our veterans have fought so valiantly to preserve.

View all articles by Ari Armstrong →
Cruising Uphill, Thanks to Big OilThe Difference between Voluntary Exchange and Rationing in Healthcare
Return to Top