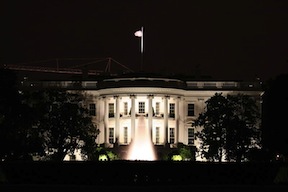 We can’t wait,” says President Obama. Among other things, he insists, the federal government must expand the Home Affordable Refinance Program (HARP) to federally guarantee low interest rates for more “underwater” homeowners who seek to refinance their mortgages. But the program should not be expanded, it should be scrapped.

The federal government should not guarantee any loans; rather, it should free the markets and thus enable banks and individuals to loan and borrow money at rates they mutually deem reasonable. When politicians meddle with loan contracts, they not only violate the rights of lenders and borrowers, by dictating the terms of their “agreements”; they also violate the rights of taxpayers, who are forced to carry the risk. This scheme rewards the irresponsible by punishing the responsible.

Indeed, as Richard Salsman (among others) has argued, federal intervention in the housing market, in conjunction with the Federal Reserve’s easy money policies, caused the mortgage crisis. More of the same poison will not cure the disease, but only make it worse. Violating people’s rights more severely will not solve the problems caused by violating their rights previously.

When people are free to interact voluntarily, by their own judgment, they enter into relationships expected to benefit all parties involved. When politicians dictate the terms of agreements, they disrupt the win-win relationships that characterize capitalism.

In addition to bailing out those who irresponsibly bought houses beyond their means, HARP also bails out irresponsible lenders—those who willingly lent funds to those with poor credit. The federal government thus showers the irresponsible with unearned benefits while harming taxpayers and artificially propping up the price of houses.

Through its artificially low interest rates that discourage savings, its manipulation of the credit market to encourage borrowing, and its insane deficit spending, the federal government has horribly mangled the market for investment. The result is that resources flow away from real capital formation—the factories and equipment that expand long-term productivity and our quality of life—and toward politically-favored spending. The resulting uncertainty cripples the economy, one consequence of which is high unemployment (currently above 9 percent).

The solution to our economic stagnation is not to keep piling on more of the same types of federal interventions that brought us here. The solution is to roll back all those interventions, to enact massive cuts in spending, and to enable individuals and businesses to employ resources as they judge best and most productive for their purposes.