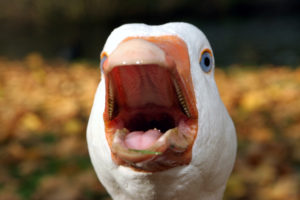 In response to a reporter's questions during his October 8 news conference, Barack Obama offered the following argument in favor of raising the debt ceiling:

[I]magine, in your private life, if you decided that I'm not going to pay my mortgage for a month or two. First of all, you're not saving money by not paying your mortgage. You're just a deadbeat. And you can anticipate that will hurt your credit, which means that in addition to the debt collectors calling, you're going to have trouble borrowing in the future. And if you are able to borrow in the future, you're going to have to borrow at a higher rate. Well, what's true for individuals is also true for nations, even the most powerful nation on earth.

Obama is right: Nations, like individuals, should pay their debts. (He falsely implies that not raising the debt ceiling necessarily means defaulting on our debt obligations, but let’s set that aside.) Why limit this fine analogy to the payment of debts? In what other ways is what's true for individuals also true for nations? And in what other ways should it be?

The government's massive “stimulus” programs of late are based on the Keynesian notion that spending (consuming) causes prosperity. Is that true for individuals?

Suppose you threw budgetary caution to the wind and started borrowing and spending money willy-nilly, emptying out your savings, maxing out your credit cards, tapping your home-equity credit, and so on—spending and spending, but, like the government, not producing value in the marketplace. What would happen? Would you thereby become prosperous and financially secure?

And suppose when you could no longer borrow, you set up a printing press in your basement and began printing Ben Franklins. What would happen? Would you be met by the law with a tip of the hat?

But the goose-and-gander analogy carried to such sensible conclusions doesn’t serve the leftist agenda. So we’ll hear none of that from the likes of Obama.

View all articles by Michael A. LaFerrara →
ObamaCare Surprises and Brother’s KeepersSaudis Fight for Women’s Right to Drive
Return to Top