The State of Obama 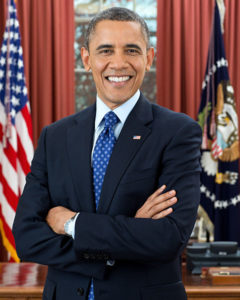 True, in a few minor ways Obama actually called for curtailing the expansion of government interference in people’s lives by “modestly” reforming entitlements, slightly simplifying the tax code, and allowing marginally more freedom of immigration. Republicans pushed the first two causes into prominence, and a coalition consisting largely of market-friendly right-wingers and Hispanic Democrats rallied around the third.

Obama also claimed credit for the energy revolution of hydraulic fracturing, which exists only despite the concerted efforts of Obama’s leftist allies to destroy it.

For the most part, though, Obama did what he does best: promote government control over people’s property and lives.

Did anyone expect anything else?

View all articles by Ari Armstrong →
Letter to the Editor
Video: The Trinity of Liberty: Individualism, Individual Rights, and Independent ThinkingVideo: Christianity: Good or Bad for Mankind? — Dinesh D’Souza vs. Andrew Bernstein
Return to Top