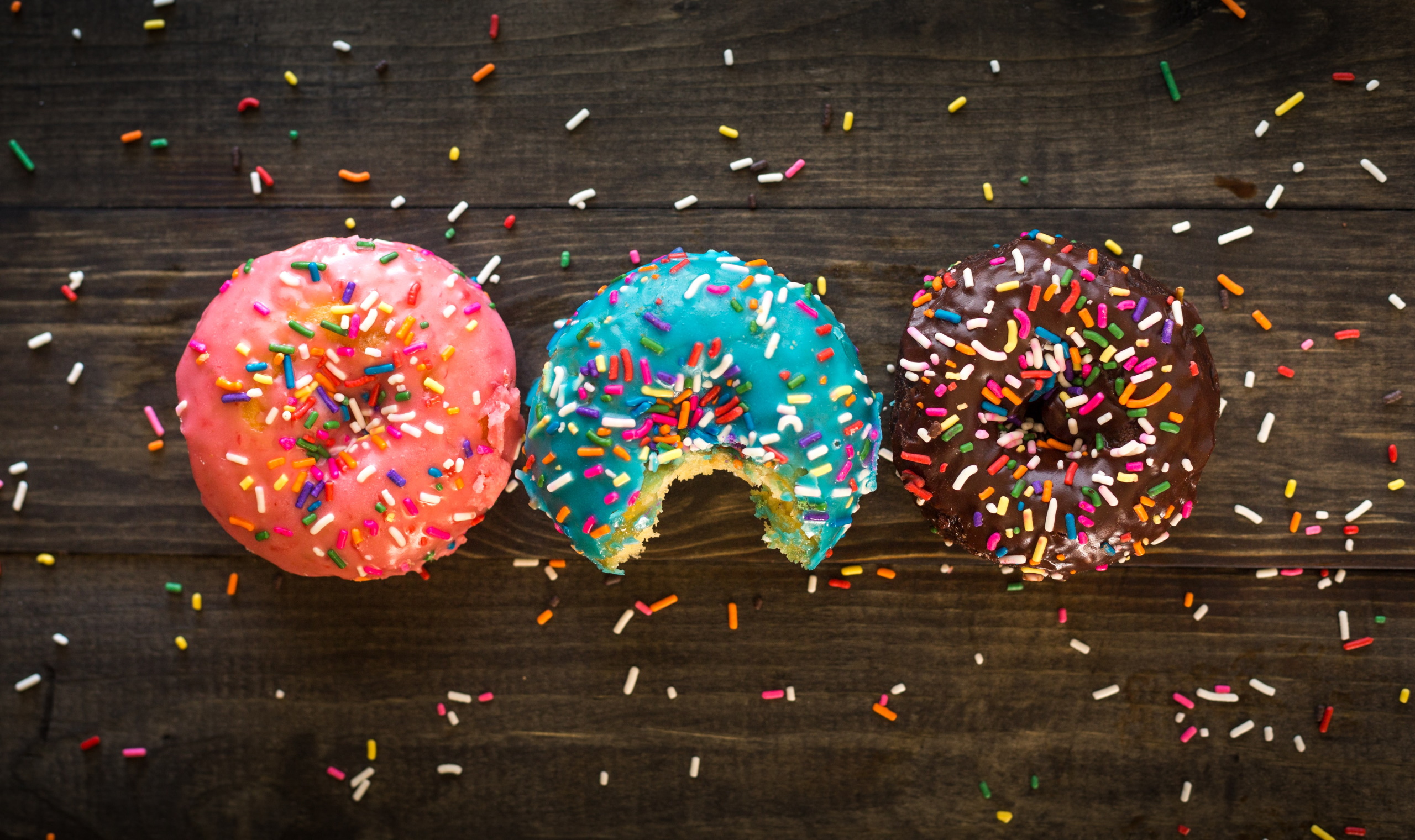 The hard-working people running Get Baked, a bakery in Leeds, England, were having a normal day—until, as the owner described, a “man in a boring tie” from West Yorkshire Trading Standards paid them a visit. The cause? A customer had inspected her pastry and reported the bakery for using illegal sprinkles, sparking a scandal now known as “Sprinklegate.”1

That’s right: illegal sprinkles. The bakery imported sprinkles containing the dye known as Red 3 (also called E127 or erythrosine), which is illegal in the United Kingdom under a regulation inherited from the European Union.2

Sprinkles are key at Get Baked, whose distressed owner, Rich Myers, wrote on the bakery’s Facebook page:

Whilst this might seem like it’s not a big deal, it’s actually very f******* annoying, as A LOT of people ask for Birthday Bruces [a chocolate cake with sprinkles] and Raspberry Glazed Donut Cookies are not only our best selling cookie, but they’re utterly sensational. It is HIGHLY unlikely that we will find any legal sprinkles that we will use as a replacement. British sprinkles just aren’t the same, they’re totally s*** and I hate them. I am extremely passionate about sprinkles. . . . We will obviously need to make some adjustments to the menu in order to compensate for this truly horrendous ordeal.3

Sprinkles clearly are an important ingredient for this baker. Shouldn’t he be able to use the ones he deems best? . . .

Producers should be free to act on their own judgment to create the best possible cupcakes, retail stores, or whatever else they make or provide. Regulations, such as the EU ban on Red 3, hinder us all in countless ways on a daily basis.
Click To Tweet

View all articles by Angelica Walker-Werth →
Letter to the Editor
The Tulip Won’t Bloom in London, Thanks to Rights-Violating PoliticiansPeter Boghossian and Zilvinas Silenas will speak at TOS-Con 2022

4. Red 3 may be used in cocktail and candied cherries. It was originally banned due to concerns about its effect on thyroid health, but a review conducted by the European Food Safety Authority in 2011 concluded that the doses people consume as an additive are unlikely to have any negative health effects; however, it is still banned due to its links to hyperactivity in children; see “Scientific Opinion on the Re-evaluation of Erythrosine (E 127) as a Food Additive,” European Food Safety Authority, January 27, 2011, https://www.efsa.europa.eu/en/efsajournal/pub/1854; Ash, “FAQ: E127,” The Cake Decorating Company, January 28, 2020, https://www.thecakedecoratingcompany.co.uk/blog/faq-e127/.