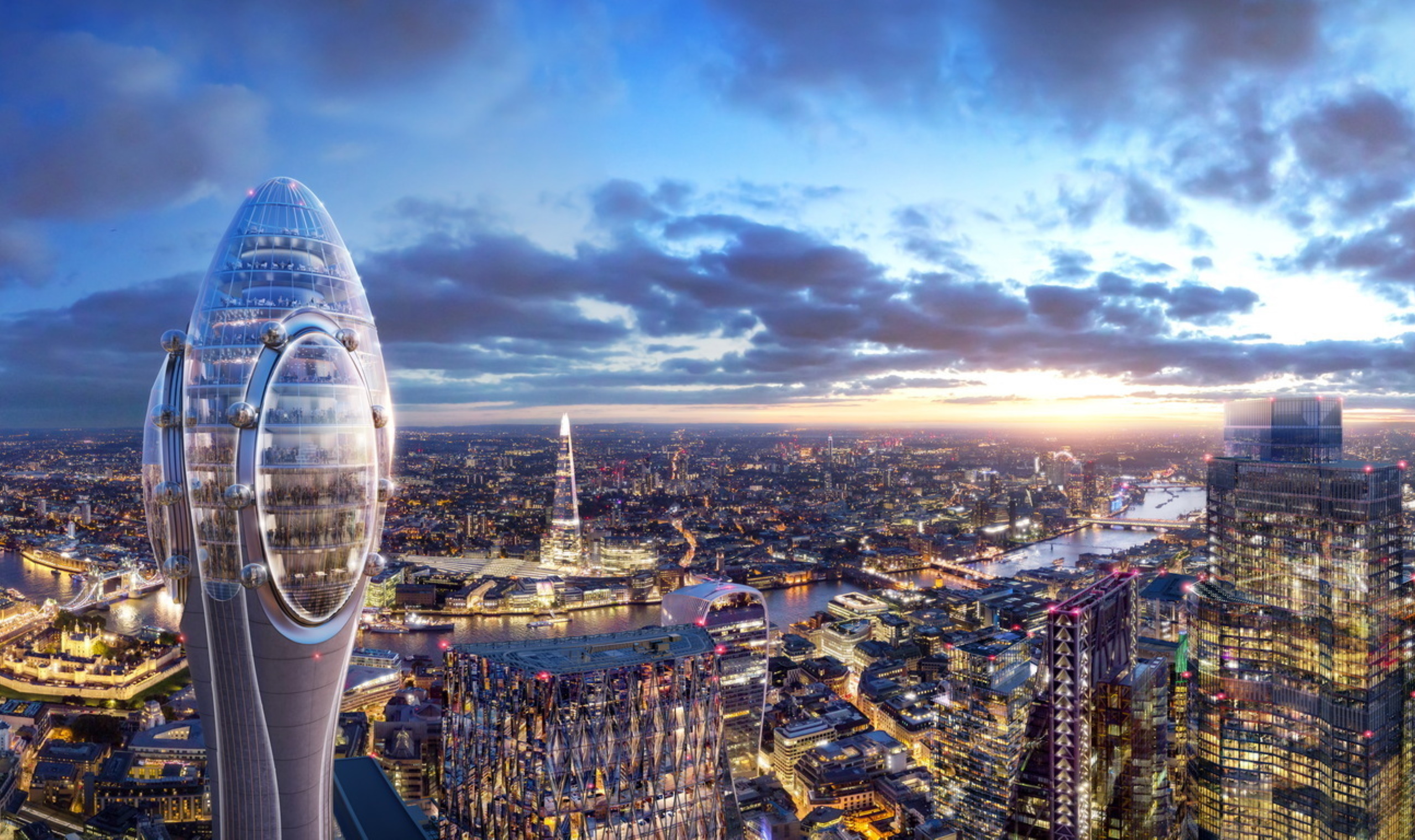 The Tulip Won’t Bloom in London, Thanks to Rights-Violating Politicians

When Brazilian billionaire Jacob Safra and his company, Safra Group, designed The Tulip, a distinctive one-thousand-foot-tall tourist attraction in the City of London, they sought to create a “high-tech wonder” “designed to draw visitors from London, the UK and around the world” to London’s East End.1 The flower-shaped tower was designed with pods that revolved around the outside of the building, providing patrons with stunning views of the city. But politicians have crushed these plans.

With widespread public support, the City of London Planning and Transportation Committee approved the project in April 2019. But London Mayor Sadiq Khan, an avowed socialist with a track record of imposing his views on every aspect of London life—from how many cars a homeowner can have to what advertisements can appear on the London Underground—stepped in and blocked the project in July 2019. His reasoning? The building’s owners would—wait for it—control who could enter the viewing platform, by charging admissions, and the building would block views of the Tower of London.2

That’s right. Khan stopped a company from developing an exciting, innovative, world-class building that could have brought millions of pounds of tourism revenue into London because its developers wanted to restrict access by charging people to enter and because, from one angle, their stunning new building would block views of a historic prison. This from a man who supposedly represents the people of London, two-thirds of whom polled in favor of the building.3

As one would hope and expect, the developers appealed the decision to the national government. . . .

The empty space in London’s skyline—where @TheTulipLondon should have stood—will serve instead as a reminder that rights-violating governments actively work against human flourishing.
Click To Tweet

Thomas Walker-Werth is an assistant editor of The Objective Standard. He holds a master’s degree in music from Oxford Brookes University. His hobbies and interests include travel, aviation, photography, and science.

View all articles by Thomas Walker-Werth →
From the Editor, Winter 2021Sprinklegate and Europe’s Permission Society

2. Will Ing, “Tulip Rejected over Embodied Carbon and Heritage Concerns,”