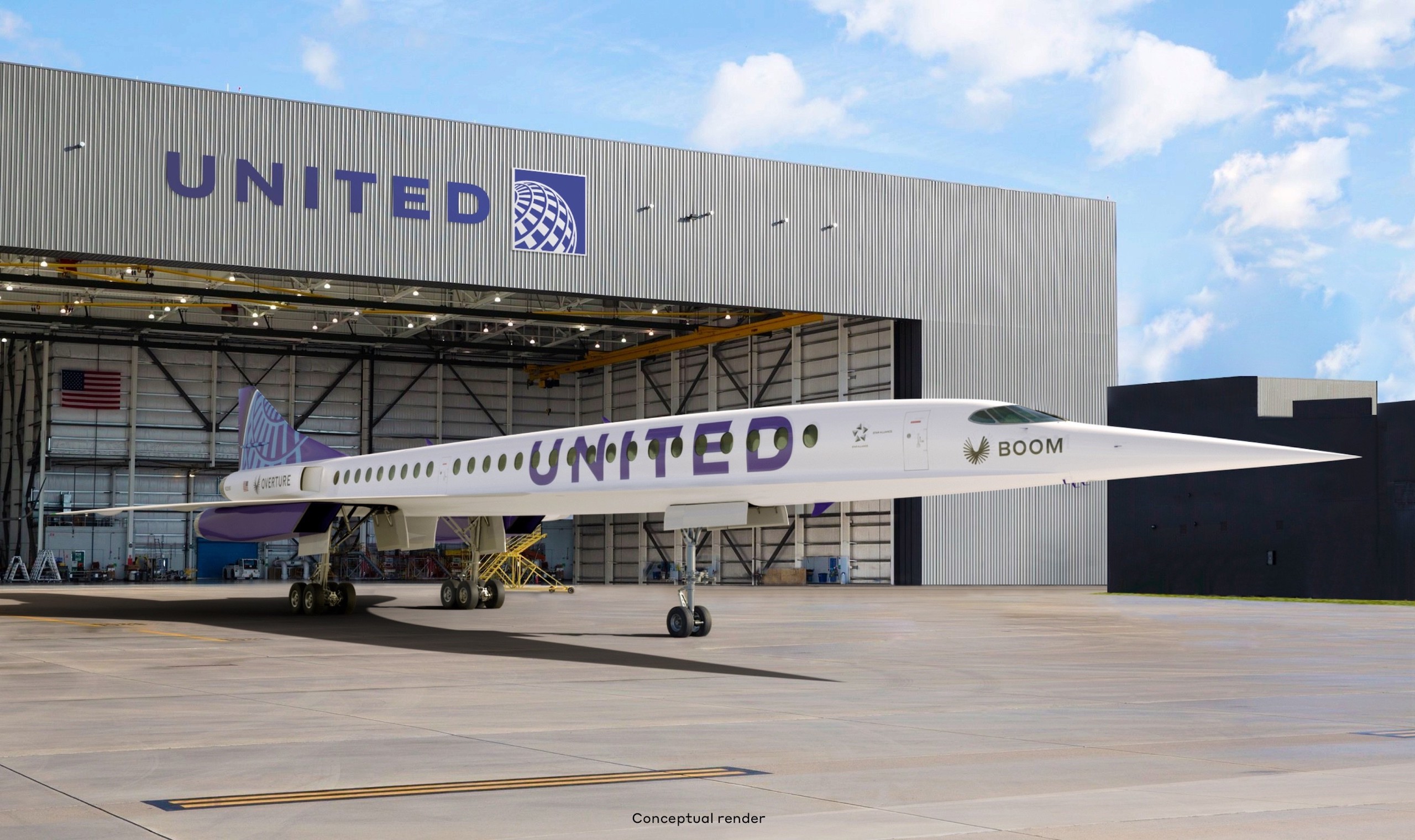 Boom! Supersonic Flight Is Back in Sight

Editor's note: This article is republished with permission from Foundation for Economic Education.

Denver-based startup Boom Supersonic has been developing a passenger jet that will fly faster than the speed of sound, and United Airlines recently announced a deal to buy fifteen of them, with an option to buy thirty-five more if safety tests go as planned.

Introducing the United supersonic fleet.@United will purchase up to 50 Overture airliners and fly the fleet on 100% sustainable aviation fuels. https://t.co/zVG2aMCVKx #BoomSupersonic pic.twitter.com/kg9eoFT2Ww

“But what if they don’t,” some are asking, “what if Boom’s planes prove unsafe for people and the planet?” Understandably, people want answers before lives are on the line.

Is United’s green supersonic jet too good to be true? https://t.co/vuk72TKv5q

All progress involves risks, some known, some unknown. But some people overestimate risks because they operate on the assumption that a business’s interests inherently conflict with those of its customers: It’s the company’s bottom line versus the customer’s safety—or that of the world at large.

Most of us seem to recognize at some level in our personal lives that, regardless of any seeming short-term gain, harming others doesn’t help us. Lying, cheating, stealing, and acting recklessly are not ingredients for building a good life. They’re not strategies for success but recipes for failure.

Yet, many nonetheless hold that the world works differently when individuals come together to form businesses—and that businesses inevitably are at odds with their customers. But are they? It’s true that some bad seeds—think Bernie Madoff—may “benefit” temporarily from fraud and the like. But no one can plausibly maintain that this is a successful long-term strategy. Just look at how Bernie’s life turned out.

In truth, rather than conflicting with a company’s bottom line, the safety and satisfaction of its customers is vital to it. As one prosperous businessman, Benjamin Franklin, put it, “When you’re good to others, you are best to yourself.” This is the open secret of every successful relationship and enterprise, and it’s no different with Boom.

I spoke with CEO Blake Scholl before the company unveiled its prototype last October, and he made clear the company’s commitment to seeking out and solving problems. “I have a fundamental belief that supersonic flight, done right, is good for people. When there’s a criticism, you first have to look in the mirror and ask, ‘Is there validity to it?’ And if there is, shut up and go fix it.”

When Boom met with the FAA, both parties brought lists of potential issues. “We brought our list, and they brought theirs, and ours was actually longer,” says Scholl. Recognizing growing customer concerns about sustainability, Boom even proactively designed its jets to run on alternative fuels.

Attracting some of the best talent in the industry, Scholl has built what Wharton professor Adam Grant, in his book Think Again, calls a “challenge network,” a group of experts who aren’t afraid to question each other’s ideas and to rethink the company’s decisions as new evidence arises. They recognize that they can’t revolutionize flight by ignoring problems or failing to consider how best to serve customers over the long term.

Such failures were largely responsible for the death of Boom’s predecessor, the Concorde supersonic jet, the result of a joint venture between the French and British governments. “They never had the goal of building a sustainable economic model,” says Scholl. “They just wanted to show up the Russians.” They were able to do some impressive things but, given that the project was bankrolled by taxpayers, they did so without much thought about what actual customers wanted or could afford. This is ever the case with taxpayer-funded projects because those running them aren’t focused on winning customers but on checking boxes set by bureaucrats. According to one commentator, “It was small, cramped, and featured seats so narrow they would shame Ryanair.” By the late 1990s, crossing the Atlantic aboard the Concorde would set you back around $6,000. This, for a plane that, according to the Guardian, “cost taxpayers on both sides of the Channel £2 billion [$3.2 billion, both in 2003 figures] to develop.” The result? If you want to see a Concorde today, you go to a museum. The plane was officially retired from service in 2003.

By contrast, private companies can’t get off the ground without thinking deeply about customer demands and economic feasibility. In his first two weeks working on Boom, Scholl discovered that poor fuel economy pushed up Concorde’s ticket prices. “By how much do you have to beat Concorde’s fuel economy,” he asked, “in order to make prices match modern business class?” The answer, he discovered, is 30 percent, an achievable target given improvements in technology and engine design over the last five decades.

Boom’s growth illustrates the beauty and power of markets. They incentivize businesses to experiment and find the best means of satisfying customers, because businesses win when their customers win.

@boomaero’s growth illustrates the beauty and power of markets. They incentivize businesses to experiment and find the best means of satisfying customers, because businesses win when their customers win.
Click To Tweet