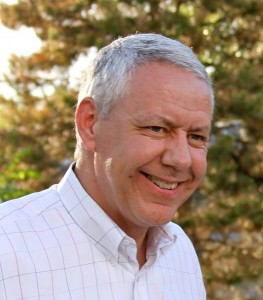 It’s bad enough that thousands of Colorado families were displaced by recent flooding; now they have to fear prosecution under rights-violating gun laws, too. Thankfully, Kenneth Buck, the district attorney for Weld County (northeast of Denver), has publicly declared that he will not prosecute rights-respecting flood victims under capricious gun laws.

The Weld County District Attorney’s Office will not prosecute any cases associated with firearms transferred by evacuees of the recent floods.

A number of residents who were forced to leave their homes are now facing the long rebuilding process of damaged or destroyed homes. These residents have been forced to give their firearms to others for safekeeping during this challenging and stressful time.

While this seems an innocuous task, it is a violation of House Bill 1229, passed and signed into law during the 2012–13 legislative session. The legislation makes it a Class 1 misdemeanor if a resident fails to perform a background check before transferring a firearm to another individual.

Buck said it would be “unconscionable to prosecute [people] under these circumstances,” and, he added, “This is an example of the consequences of laws that are overbroad and not well thought out and illustrates how such laws can harm residents’ rights.”

Shame on the Colorado legislators who voted for the bill in question. And kudos for Buck for protecting the rights of people living in his jurisdiction.

View all articles by Ari Armstrong →
Colorado “Personhood” Measure Would Outlaw All Abortions and MoreFeds Intentionally Inflict Pain in Park Shutdowns; Solution is to Privatize Parks
Return to Top