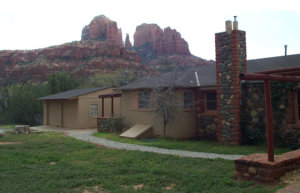 An October 6 email from the Property and Environment Research Center (PERC) points out, “This week more than 1,000 privately operated parks were required to close during the government shutdown—even though they receive no federal funding.”

A PERC report gives an example:

[T]he U.S. Forest Service owns Crescent Moon Ranch [in Arizona]. . . . The fee revenue at this park . . . not only keeps the park fully maintained, it adds more than $60,000 to the local Forest Service recreation budget—all without requiring tax money to operate.

Meanwhile, the federal government has kicked an elderly couple out of their home because it sits on federal land, and one Park Service ranger said, “We’ve been told to make life as difficult for people as we can. It’s disgusting.”

Such problems point to an obvious solution: privatize the federal lands in question. Then the lands would be unaffected by shutdowns and other political shenanigans—and federal bureaucrats would be, at least in this context, unable to order rangers to “make life as difficult for people” as they can.

This would be relatively easy to do for federal lands already maintained by private parties—the government need only grant deeds of title. Then the government could move to transfer the remaining park lands to private parties—which, according to constitutional scholar Rob Natelson, the federal government is legally required to do, anyway.

The government should cease and desist from making “life as difficult for people” as it can; it should turn over ownership of parks to the private sector, where it morally belongs; and, more broadly, it should focus exclusively on doing its proper job of protecting individual rights and otherwise leaving citizens and property alone.

View all articles by Ari Armstrong →
Letter to the Editor
Kenneth Buck Admirably Protects Rights Despite Colorado LawObamaCare Supporter: “I Didn’t Realize I Would Pay for It Personally”
Return to Top