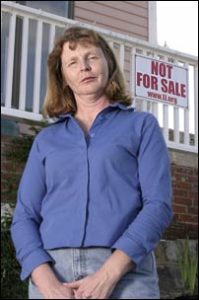 Many advocates of free markets and constitutional government are understandably upset about the reelection of Barack Obama, given the president’s enthusiasm for “stimulus” spending, corporate welfare, business regulations, taxes on “the rich,” and the like. However, a vote on a ballot measure in Virginia shows that many Americans care deeply about individual rights, even if they do not fully understand them in principle or always defend them in practice. The Institute for Justice explains:

[B]y a 3-to-1 margin, voters in the Commonwealth of Virginia approved Question 1, a constitutional amendment that protects property owners from eminent domain abuse by the government. Thus ends a more than seven-year saga spurred by the U.S. Supreme Court’s widely reviled decision in Kelo v. City of New London, which allowed local authorities under the federal Constitution to forcibly take homes and small businesses and give them to someone else on the mere promise of increased jobs or tax revenue.

Interestingly, at the same time Virginia voters chose Obama over Mitt Romney by 51 to 48 percent, they chose to curtail eminent domain by 82 to 18 percent. Many Americans still care deeply about protecting individual rights. It is now up to the principled defenders of individual rights to clearly articulate the nature of rights and persuade their fellow Americans to uphold rights consistently.