Colorado “Personhood” Measure Would Outlaw All Abortions and More 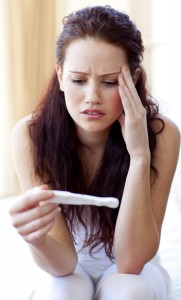 Suppose a criminal brutally raped your daughter or friend and impregnated her, she got an abortion, and then the government subjected her to first-degree murder charges (for killing the fetus) and handed her life imprisonment or the death penalty. A proposal likely to appear on the Colorado ballot in 2014 carries this potential.

The measure would—if interpreted by the courts as its sponsors intend—criminalize every intentional killing of an embryo or fetus, whatever the reason. It would outlaw not only all abortions—even in cases of rape, incest, fetal deformity, and risks to the woman’s health—but all forms of birth control, in vitro fertilization, and stem-cell research that might kill an embryo. Anyone violating the law could be charged with first-degree murder.

If the measure sounds too insane to be real—or if it sounds like it could be seriously proposed only in places like Saudi Arabia—consider the measure’s language and what its sponsors have said about it.

One of the two sponsors of the measure is Gualberto Garcia Jones, who sits on the board of Personhood USA. This organization calls itself a “Christian ministry” and considers all embryos and fetuses to be “preborn children” deserving the same legal rights as (born) people. Personhood USA supported two previous “personhood” measures in Colorado, one in 2008 and another in 2010. (Voters defeated each measure by wide margins.)

The 2014 measure (known by the Colorado secretary of state as Initiative 5) is worded differently than were the previous two proposals, but its intended effect is the same. The measure calls for “homicide prosecutions for killing the unborn.” On September 30, supporters of the measure submitted signatures to place it on the Colorado ballot. (The secretary of state must review the signatures before formally placing it on the ballot.) . . .