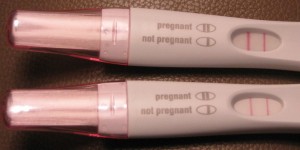 Earlier this month, the Fifth Circuit Court of Appeals upheld a Texas law that forces women seeking an abortion to obtain a sonogram and wait 24 hours before being able to act according to their own judgment. The law also requires doctors to present information and claims that neither doctor nor patient may regard as relevant.

Though praised by some conservatives, the law violates the rights of doctors and patients and opens the door to similar attacks on all our rights.

The Texas law violates freedom of contract by restricting consensual, voluntary agreements between women and their doctors. Conservatives who support such restrictions on abortion can offer no principled resistance when leftists wish to use government force to restrict freedom of contract in medicine in other ways, as by imposing myriad costly insurance mandates.

The law violates rights of trade and self-determination by forcing women to wait 24 hours to get an abortion in most cases. By the same logic, the government could force people to wait to enter any other controversial economic transaction. No doubt other activists would love to use government force to make people wait to buy a gun, buy unhealthy foods or drinks, trade certain stocks or other financial instruments, or even read or publish “sensitive” materials (such as that denying human-caused global warming).

The law also violates the free speech of doctors who, under the law, must discuss what politicians dictate rather than what their professional judgment demands. By the same standards, politicians could impose rote speech on marriage and divorce counselors, sellers of controversial magazines, etc. (The argument that the Texas law merely ensures informed consent is an obvious pretext to make abortions costlier and more difficult to obtain; the idea that women seeking abortions don’t already understand what an abortion entails is ludicrous.)

The choice is stark. We can have either economic liberty or laws that restrict freedoms of contract, trade, and speech; we can’t have both. Those who act to restrict economic liberties in the realm of abortion should not be surprised when other sorts of transactions fall prey to the same types of controls.

Regarding the broader case for why women have the right to seek an abortion, and why fetuses don’t have rights, see Diana Hsieh and my recent Objective Standard article, “The Assault on Abortion Rights Undermines All Our Liberties.”