Fine for Scorning Italy Illustrates that Scorn is Warranted 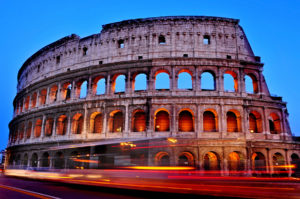 A seventy-year-old southern Italian man has been fined 1,000 Euros (nearly $1,300) for the so-called crime of “scorn against the nation.”

The first version of the law was introduced as part of the “crimes against the State’s character” in 1889 and was kept on the books after Mussolini’s fascist takeover. Even after the 1948 Constitution was established and Italy became a democratic republic, the law remained—although since 2006 it no longer imposes the punishment of imprisonment. You can be fined for displaying scorn toward the republic, the president of the armed forces, the Supreme Court, the nation’s flag, religion, or foreign nations or flags.

The elderly man was stopped in 2005 for driving a car with a broken headlight. When officers approached and said they would fine him, the man answered angrily, suggesting the officers were wasting their time. He also let slip the words “in this sh*t country Italy.” The officers wrote up a report and turned it in.

On April 26, 2012, after years of trial, the man was convicted. He had tried to appeal the Court’s decision by invoking the right to “free expression of thought” but was unsuccessful. “Expressions of injury or hate that offend the prestige or the honor of the national collective” cannot be allowed, said the Court.

This enforcement of an anti-free-speech code is a troubling reminder of Italy’s fascist past—and a frightful indicator of what may be in store for the country if its government and people do not check such blatant assaults on individual rights—especially the final pillar of a semi-free society: the right to freedom of speech.

Individuals have a moral right to say whatever they want about their nation or government (a few exceptions such as revealing military secrets aside), and the proper job of the Italian government, or any government, is to recognize and protect this and other rights. By convicting a man for his speech, the Italian government has demonstrated that it richly deserves scorn from everyone who recognizes and cares to defend individual rights.