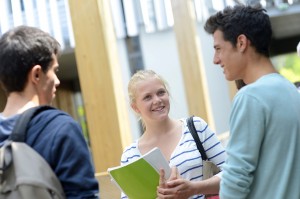 SkyView Academy, a government-funded charter school in Colorado, recently cut ties with a religious charity after the American Humanist Association threatened to sue over the charity’s involvement, as the Denver Post reports. As part of a community service project, students helped the Samaritan’s Purse organization send “shoeboxes filled with hygiene items, candy and gifts—and a Gospel message—to children around the world.”

Although various parents and Christian organizations expressed outrage over the school dropping the charity, a government-funded school cannot properly spend tax dollars to evangelize religion. And the thorny debates over such matters illustrate the inherent conflicts that arise when government finances education.

Further, vouchers undermine and corrupt private education by gradually turning private schools into government-controlled schools. When government provides students with vouchers, government obviously has a say in where and how that money is to be used.

Should a school participate with a particular charity? Properly that is a matter to be determined by the owners of the school, who, in order to stay in business, must satisfy their customers—the parents whose children attend the school—and attract and keep talented teachers. When government finances the school, in effect everyone owns it—and no one owns it. So the schools are in fact controlled by the government, as Thompson explains, and are therefore subject to the perpetual political debates that accompany all such government projects.

As Thompson establishes, the proper solution to such problems—and to many more stemming from government-controlled education—is to separate schools from the state, to establish a government that protects rather than violates individual rights in the area of education, and to free educators and entrepreneurs to operate in a voluntary market.