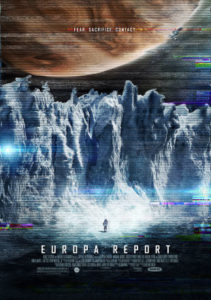 Set in the not-too-distant future, Europa Report tells the story of six astronauts who travel to Jupiter’s moon Europa in search of alien life. (Spoilers follow.) Part way through the journey, the ship suffers a severe mechanical failure that severs the astronauts’ communication with Earth. The six astronauts then experience sheer terror in the far reaches of the solar system and ultimately sacrifice their lives in search of alien life for an alleged greater good.

Europa Report conveys the message that astronauts should sacrifice their values and lives in order to advance the knowledge of others. As one astronaut perishes near the end, she says, “Compared to the breadth of knowledge yet to be known, what does your life actually matter?” The company releasing the film, Magnet, summarizes it in three words: “Fear. Sacrifice. Contact.”

(As for what’s wrong with the morality of self-sacrifice promoted by the film, readers should see the works of Ayn Rand, especially The Virtue of Selfishness, and Craig Biddle’s Loving Life.)

Europa Report will hardly raise a rallying cry among a new generation of space explorers, the way that Star Trek and other science-fiction works have done. The message, “Go into space, where you can experience sheer terror and then die a horrible death so that others may learn about primitive lifeforms on distant moons,” is an absurd sales pitch for would-be explorers.