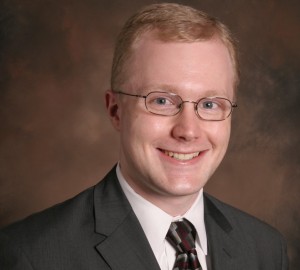 In her Philosophy in Action podcast on Wednesday, philosopher Diana Hsieh interviewed Institute for Justice attorney Paul Sherman on the topic of free speech in elections. The interview is remarkable in how clearly it presents the core issues of campaign finance restrictions.

Sherman deftly explains the various legal restrictions on speech relating to campaigns and highlights the ways in which these laws, far from hampering only political candidates, are a rights-violating injustice against ordinary citizens engaged in political speech.

For example, at one point in the interview Hsieh and Sherman discuss an appalling Colorado campaign law requiring political activists to complete disclosure procedures so onerous that the process is “like filing your taxes every two weeks”—leading many would be political advocates to forgo the effort entirely.

In a memorable quote, Sherman expresses how campaign finance laws violate the Constitution:

We [at the Institute for Justice] like to say that under the First Amendment the only thing you should need in order to talk about politics is an opinion—but thanks to campaign finance laws, you also need a lawyer and an accountant and all these other people to help you deal with the bureaucratic requirements.

Later in the interview, Sherman discusses the supposed goal of campaign laws—to promote “transparency and accountability”—explaining that transparency is a value only when it means “keeping track of what the government is doing,” not when it means “keeping track of what private citizens are doing.” He also offers excellent responses to typical arguments of supporters of campaign finance laws (e.g., “money isn’t speech” and “corporate speech isn’t the same as individual speech”) and provides an informative explanation of Super PACs, how they work, and why they aren’t a problem.

The interview is a clear and entertaining primer on campaign finance law and a great resource for advocates of free speech.