The Egalitarian Assault on Free Speech 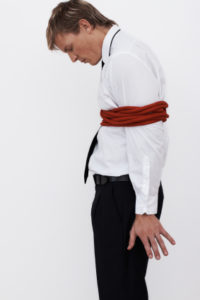 Why do so many on today’s left so forcefully advocate censorship when it comes to campaign spending? Hasn’t the left traditionally stood up for free speech, at least in the political realm?

The left has always suffered from a basic contradiction: It seeks to protect “civil liberties”—traditionally including the right of free speech—yet it does not recognize property rights, which are essential to all our rights. For example, one has no freedom of speech without the freedom to produce or purchase and then use print copies, internet connections, microphones, broadcast time, and the like.

Indeed, the left enthusiastically embraces the widespread violation of property rights, including the confiscation of wealth to finance the welfare state, in order to promote egalitarianism—that is, government-enforced equality of outcome. Egalitarianism, for example, is at the root of Barack Obama’s desire to “spread the wealth around.” Even though the left cannot achieve the impossible ideal of perfect equality of outcome, egalitarianism remains its driving motivation.

In recent years, the left’s commitment to egalitarianism in the sphere of economics has led it to support censorship in the sphere of political speech. For clear evidence of this, consider the two state measures on this fall’s ballot asking voters to restrict campaign spending.

In Montana, Initiative 166 states, “[T]he people of Montana establish that there should be a level playing field in campaign spending, in part by prohibiting corporate campaign contributions and expenditures and by limiting political spending in elections.”

In Colorado, Amendment 65 asserts that the government should restrict campaign spending “to ensure that all citizens, regardless of wealth, can express their views to one another and their government on a level playing field.” Elena Nunez of Colorado Common Cause, a cosponsor of the measure, said, “Amendment 65 is about leveling the playing field so everyone can be heard regardless of their ability to write huge campaign checks.”

The drafters of these censorship measures thus openly state their egalitarian motivation: They wish to forcibly limit the speech of those who have greater resources to make them “level” with those who have fewer resources. . . .