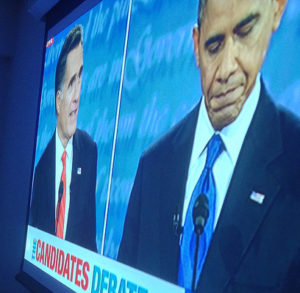 “You didn’t build that.” “Spread the wealth around.” Don’t “roll back regulations” on businesses. “Make these critical investments” in government projects, from Solyndra to Obamacare to federal education programs.

Such are the ingredients of Barack Obama’s vision of an increasingly powerful central government—a government far past the bounds prescribed by your average socialist, let alone the U.S. Constitution—a government that increasingly tramples the rights of individuals to control their property and spend their wealth as they see fit.

In the first presidential debate, Mitt Romney—who clearly dominated the discussion—aptly summarized Obama’s approach as “trickle down government.” Despite Obama’s ridiculous nod to “the free enterprise system, and freedom,” he observably seeks to expand the welfare state, to tax producers, to expand government “investments,” and to increase government control over the lives of citizens.

Unfortunately, Romney—who emphasized his enthusiasm for the welfare state, his belief that the right to the pursuit of happiness means the right to serve the poor, his unwillingness to cut taxes, and his belief that “regulation is essential” to a free market—hardly offered a fundamental alternative to Obama’s policies.

Even so, the first presidential debate further solidified what many advocates of liberty have been observing for months—that Romney, while no capitalist, is far superior to Obama in terms of both character and policy. At least Romney spoke respectfully about free enterprise and private business, and at least he expressed a serious interest in restraining both regulation and government spending.

The debate further clarified the urgent need for advocates of capitalism and individual rights to make their case as eloquently and broadly as possible—and to urge Romney to embrace those values.