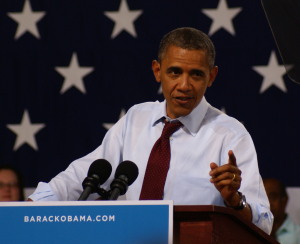 That Barack Obama lied about ObamaCare is now so obvious that even his most strident supporters have trouble ignoring the fact. As NBC reports:

President Obama repeatedly assured Americans that after the Affordable Care Act became law, people who liked their health insurance would be able to keep it. But millions of Americans are getting or are about to get cancellation letters for their health insurance under Obamacare, say experts, and the Obama administration has known that for at least three years.

At least Darth Vader was honest about his bait-and-switch: “I am altering the deal. Pray I don’t alter it any further.” Obama won't even admit he lied.

In a move reminiscent of the villains of Ayn Rand’s novel Atlas Shrugged, White House press secretary Jay Carney chose to “berate insurance companies for complying with Obamacare” (as Katie Pavlich puts it). He said, “Insurers pulled those plans away from [people]” and that ObamaCare “could not order insurers not to cancel that plan.”

In other words, ObamaCare legally requires insurance companies to offer massively expensive additional coverage for certain customers—which is impossible for the companies to do without losing massive amounts of money—and then the Obama administration blames the companies for dropping customers whom they logically cannot afford to keep. This is like government forcing businesses to give customers free ponies, then blaming businesses for turning away customers because they can’t afford to do so.

But Obama’s lies about health insurance should come as no surprise, as they are part of a much larger deceit: Obama’s claim that Americans can achieve prosperity by violating people’s rights and forcing some people to sacrifice for others.

Until Americans come to recognize that larger deceit for what it is, they will continue to support politicians who enact policies consistent with this big lie.