Obama Should Defend Doc Who Located bin Laden, Not Feed Him to Pakistan’s Wolves 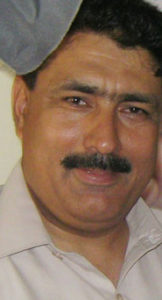 How many times has Barack Obama taken credit for the U.S. raid in Pakistan that resulted in the death of Osama bin Laden?

But now that the man who provided essential intelligence for the raid has been tortured, caged, and effectively sentenced to prison for the rest of his life by the Pakistani government, Obama is strangely silent.

Fox News carries the latest news about Dr. Shakil Afridi, the “Pakistani doctor sentenced last week to 33 years in prison for helping track . . . bin Laden [who] suffered torture, isolation and starvation during his interrogation.” This comes from a report from Afridi’s brother, who is seeking asylum for Afridi and his extended family in America so that they can escape the danger of Islamist violence.

Unfortunately, even those officials taking a “stronger” position regarding Afridi’s imprisonment still propose a pathetically weak and obscenely unjust response. For example, Congressman Thomas Rooney says, “President Obama should demand, as a condition of future financial assistance, that the Pakistani government grant Dr. Afridi an unconditional pardon and release him without delay.”

The U.S. government should not merely threaten to stop paying bribery money to Pakistan’s government, which looked the other way as bin Laden camped and operated within its borders. All such aid should have been eliminated long ago.

Given that Afridi is effectively a one-man ally of the United States—and a monumentally heroic one at that—President Obama should demand that the Pakistani government immediately release him to U.S. custody and allow all members of his family to leave for the United States. Obama should further state that the alternative will look something like the raid that killed bin Laden.

But, then, when has Obama ever done what he should do?