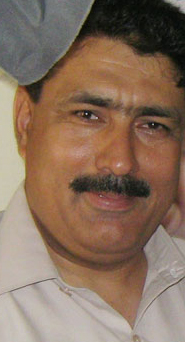 Kudos to Jessica Chastain and Jason Clarke, actors in the Oscar-winning film Zero Dark Thirty, for bringing attention to the plight of Shakil Afridi, the doctor imprisoned in Pakistan for helping the United States locate and kill the terrorist Osama Bin Laden.

The RHL Group placed an ad in Hollywood Reporter about Afridi’s plight, prompting the attention of the film’s cast, Fox reports. The ad points out that, without Afridi’s assistance, U.S. forces “may not have pinpointed the location of the world’s most dangerous terrorist.” But the U.S. failed to protect him; instead, the ad notes, “he was abandoned, captured and is still being tortured by Pakistan ever since Bin Laden was killed in May 2011.”

The ad poignantly asks, “Who will stand up to help America next time if this is how we treat our friends?”

Let us hope that these efforts bring renewed attention to Afridi’s heroism and his unjust imprisonment—and that they prompt our government to fight for his release.