The Problem at Goldman Sachs Isn’t Greed but Irrationality 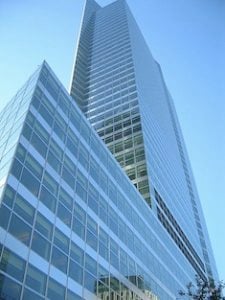 Wall Street investment bank Goldman Sachs suffered its latest in a series of public relations problems on Wednesday when executive Greg Smith quit the firm and published his grievances against it in the New York Times.

Smith accused the firm of abandoning its client-focused culture—a culture of trust, of long-term relationships, of making money with clients—and replacing it with a culture of here and now, of doing whatever works for the moment, of making money off of clients. He explains the change as an issue of leadership:

The firm changed the way it thought about leadership. Leadership used to be about ideas, setting an example and doing the right thing. Today, if you make enough money for the firm (and are not currently an ax murderer) you will be promoted into a position of influence.

As one might expect, the media has jumped on Smith’s expose as yet another opportunity to denounce Wall Street “greed” and propose government “solutions.” However, greed—the ambitious pursuit of one’s self-interest—is not the culprit, and Smith’s op-ed does not identify it as such.

A careful reading of Smith’s description shows that he regards the source of Goldman’s cultural deterioration to be not greed, but irrationality.

Smith argues that a client-centered culture promotes a firm’s long-term interests and that Goldman is harming itself by abandoning such a culture:

The culture was the secret sauce that made this place great and allowed us to earn our clients’ trust for 143 years. It wasn’t just about making money; this alone will not sustain a firm for so long. It had something to do with pride and belief in the organization. I am sad to say that I look around today and see virtually no trace of the culture that made me love working for this firm for many years. I no longer have the pride, or the belief.

Smith’s point is that by focusing only on immediate gains, Goldman is losing sight of its long-term self-interest. Unlike many in the media who have picked up the story, Smith took the right approach to what he saw as the problem at Goldman. He did not petition for government intervention. He did not denounce Goldman as evil for making profits. Instead, he left the organization in which he no longer could take pride, and he did the firm a favor by urging it to change its ways, to focus not only on making a buck today but on thriving into the future, in a word, to think:

It astounds me how little senior management gets a basic truth: If clients don’t trust you they will eventually stop doing business with you. It doesn’t matter how smart you are.

At the end of the day, Goldman Sachs will reap the seeds it sows—or fails to sow. Given an environment that rewards irrationality and punishes rationality, irrational people will stay and clamor for short-term gains, and rational people will move on to genuinely self-interested pastures. Greg Smith’s exit from Goldman is an example of this process.

Update: I've reconsidered what I wrote in this post, and I've written another post on the matter here: Reconsidering Greg Smith’s Goldman Sachs Op-Ed. —RK

View all articles by Ryan Krause →
Letter to the Editor
What do Rick Santorum and Jane Fonda Have in Common?North Korea’s “National Script”: Yet Another Fair Warning
Return to Top