Walmart Isn’t Forcing Anyone To Work on Thanksgiving 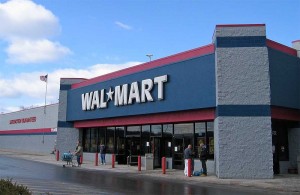 Joe Hansen, President of the United Food and Commercial Workers Union, spoke out yesterday against Walmart, arguing that the retail chain, by opening on Thanksgiving evening, is forcing its employees to give up their holiday. Hansen, writing for Huffington Post, said:

As the six members of the billionaire Walton Family—heirs to the Walmart superchain—prepare to sit down to a sumptuous Thanksgiving dinner with their families, the holiday will be very different for the 1.4 million Walmart associates who work for them. For the second year, Walmart is planning to put profits before its workers by beginning its Black Friday sales at 8 p.m. on Thanksgiving Day, and forcing its workers—many of whom are part-time—to abandon quality time with their own families during a cherished American holiday.

Mary Pat Tifft, a Walmart associate, made a similar statement in a Signon.org petition she started, saying “while I love my job, I cannot silently watch while my fellow Associates are forced to be away from their families on Thanksgiving.”

Although some Walmart employees may be reluctant to work on Thanksgiving night, Hansen and Tifft misrepresent the facts by saying that Walmart is forcing its employees to work during the holiday. Walmart’s employees know full well when they are hired by a retail chain that the job will require retail hours—including the possibility of working on holidays. More importantly, however, Walmart did not force them to take the job and does not force them to keep it. If employees value working at Walmart, they can work under Walmart’s terms—if not, they are free to leave.

Walmart’s critics are mistaken (or dishonest) to accuse the company of coercion. There is no force to be found here. It is entirely proper for Walmart to serve its customers by opening on Thanksgiving night, which, for many, is a very convenient time to shop. In providing this value, Walmart seeks voluntary employees whom it pays for their time.

View all articles by Ross England →
Chemo-Baths for Single Organs, A New Ear from One’s Own Tissue, and a Wealth of Knowledge for the Developing World: Good News AboundsHappy Thanksgiving from The Objective Standard
Return to Top