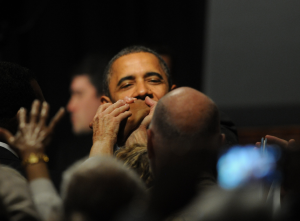 Despite Barack Obama’s blather to the contrary, government payments to the unemployed are not “insurance.”

Real insurance is a financial instrument voluntarily sold and purchased on a free market for the purpose of spreading risks, with the benefits defined by contract. For example, we know that some people’s houses will burn down, but we don’t know whose; therefore, most of us who own houses purchase home insurance that covers (among other things) destruction by fire.

Government payments to the unemployed are not insurance. The so-called customers do not willingly pay for it; rather, government takes the money by force. Most government unemployment funds are confiscated from business owners—a violation of their rights (which makes it harder for business owners to hire people or increase wages).

As the Library of Economics and Liberty points out, “The federal government makes grants to the states for the administration of the unemployment insurance program.” CBS reports that Obama’s new plan carries a “$6.5 billion price tag.” Where does this money come from? Again, government forcibly takes it from producers, in violation of their rights.

Obama is right about one thing: Many people who are now unemployed lost their jobs through no fault of their own. What Obama will not admit is that they lost their jobs mostly because of the reckless and rights-violating policies of the Federal Reserve and of profligate politicians, whose policies fundamentally caused the mortgage meltdown.

Rather, Americans should demand that government get out of the “business” of violating people’s rights, so that people can produce and contract freely—as their lives and prosperity require.