Not Only Catholics Should be Angered by Birth Control Mandates 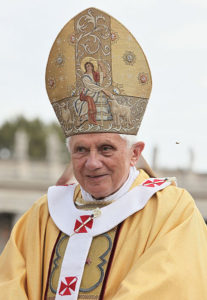 Conservatives and Catholics have lambasted President Obama over his plan to force insurance providers, including Catholic ones, to cover birth control.

President Barack Obama’s administration finalized orders last week that will force all Americans, with few exceptions, to buy health insurance plans that cover sterilizations and abortion pills without the burden of fees or co-pays. Obama is not merely ordering all Americans to accept abortion and contraception, he is demanding their support with mandatory purchases.

Colorado Attorney General John Suthers told the Gazette, “This extends telling Americans they must buy health insurance to telling them they must buy products that are contrary to their religious beliefs.” Laugesen added, “Freedom of religion is under siege.” Republican Presidential candidates Newt Gingrich and Rick Santorum harshly criticized the president on similar grounds. House Speaker John Boehner vowed to overturn the policy by Congressional action.

View all articles by Ari Armstrong →
Letter to the Editor
Liability Reform Shouldn’t Be Limited to Space IndustryInterview with Cynthia Farahat on Growing Up in Egypt, Discovering Ayn Rand, and Fighting Islamists
Return to Top