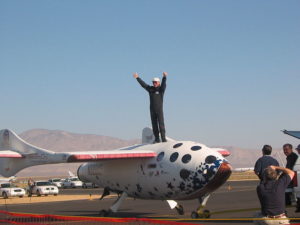 No doubt abusive litigation in America has spun out of control. But why should select industries receive special protection that others don’t enjoy? Lawmakers should focus on crafting sensible liability rules that apply equally to everyone.

In his book The Right to Earn a Living, Timothy Sandefur (an attorney with the Pacific Legal Foundation) summarizes, “The abuse of tort law by mercenary lawyers poses a major threat to American businesses and therefore to the economic liberties of everyone.”

One major problem Sandefur cites is that courts often fail to recognize explicit contracts limiting liability. He offers the example of a 2005 case in which a New Jersey court refused to recognize the liability waiver a woman signed before her son used a skate park. (The son broke his leg, and the mother sued the park despite her signed waiver.)

Whether people want to skate in a park or fly into space, they should be able to decide what level of risk they are willing to accept. When courts fail to recognize freely negotiated agreements limiting liability, that drives abusive lawsuits, puts producers out of business, and limits the creation of new businesses.

Spaceflight companies deserve legal protection from abusive lawsuits. And so do the rest of us here on planet Earth.