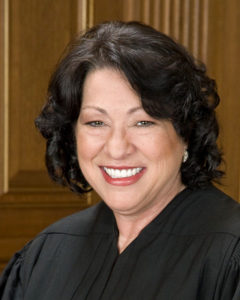 The Supreme Court heard oral arguments Tuesday pertaining to the ObamaCare insurance mandate. At issue is whether the federal government may force people to purchase health insurance. The arguments demonstrate that the mandate is a response to the problems created by other government controls of health care and insurance.

Consider an exchange between Justice Ruth Bader Ginsburg and Solicitor General Donald Verrilli, who argued in favor the mandate on behalf of the government. Ginsburg said:

Mr. Verrilli, I thought that your main point is that, unlike food or any other market, when you made the choice not to buy insurance, even though you have every intent in the world to self-insure, to save for it, when disaster strikes, you may not have the money. And the tangible result of it is—we were told there was one brief that Maryland Hospital Care bills 7 percent more because of these uncompensated costs, that families pay a thousand dollars more than they would if there were no uncompensated costs.

I thought what was unique about this is it's not my choice whether I want to buy a product to keep me healthy, but the cost that I am forcing on other people if I don't buy the product sooner rather than later.

Verrilli replied, “That is . . . definitely a difference that distinguishes this market and justifies this as a regulation.”

But all of this ignores the crucial underlying question: Why are people without insurance able to force others to pick up the costs of their health care? The answer is, in part, as Lin Zinser and Paul Hsieh explain, that Congress previously passed the Emergency Medical Treatment and Labor Act of 1985 (EMTALA).

This law requires that hospitals that accept Medicare patients diagnose and treat anyone who comes within two hundred feet of an emergency room, regardless of whether the person can pay for the treatment. The effect of this law is that anyone can walk into an emergency room at any time and receive treatment—without concern for payment.

In other words, the fact that Congress previously passed this law forcing health care professionals to provide “free” medical care has now become the pretext for Congress to pass another law forcing everyone to purchase health insurance.

In presenting oral arguments against the mandate, Michael Carvin pointed out that the federal government now also forces up insurance rates by requiring insurance companies to insure people after they get sick. (This is like to requiring home insurers to offer insurance to those whose houses are already on fire.) Because the federal government forces up insurance premiums, fewer people can afford to purchase insurance. Carvin said the government’s case amounts to this: “We, Congress, have driven up the health insurance premiums, and since we’ve created that problem, this somehow gives us authority that we wouldn’t otherwise have”—namely, to impose the mandate.

For Carvin’s troubles, Justice Sonia Sotomayor essentially accused him of wanting to let children die in the streets: “What percentage of the American people who took their son or daughter to an emergency room and that child was turned away because the parent didn't have insurance—do you think there's a large percentage of the American population who would stand for the death of that child?”

This attempt to intimidate and shame Carvin is both uncalled for and baseless. Carvin is not suggesting that children should die in the streets, and Americans left free have never been so callous as to allow such a thing—which is why no one can point to an era in which Americans did.

The Supreme Court should do its job and limit Congress to its specifically enumerated powers. And regardless of how the Court rules, Congress—rather than attempt to mitigate the consequences of its existing controls by means of a new mandate—should roll back all its controls, protect rather than violate freedom of contract in the health insurance market, and leave Americans free to choose how to finance their own health care and whether and to what extent to provide charity.