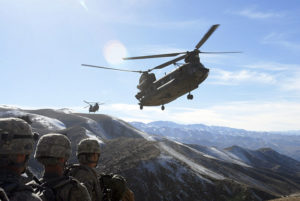 “Operation Enduring Freedom.” That’s what the U.S. government called the military action in Afghanistan. In pursuit of that mission, the U.S. government has sacrificed the lives of more than a thousand U.S. troops and spent trillions of dollars (including tens of billions of dollars in aid). The result has been not enduring freedom but enduring hatred and violence directed toward the United States by Afghan Islamists.

A recent Fox News headline summarizes the current state of affairs: “7 US troops wounded in Afghanistan, as protests against Koran burnings continue.” And why were the Korans burned at a U.S. military base? “Officials said they were removed from the detention center library because the detainees were using them to pass secret and what were described as ‘extremist’ messages to one another,” another Fox article reports.

In answer to Afghan Islamists attacking U.S. troops (as well as murdering two U.S. Nato officers and slaughtering dozens of Afghan Muslims), the Obama administration apologized for the burnings and professed the U.S.’s “respect for Islam.”

A proper American foreign policy would direct military action toward one and only one goal: the protection of Americans from foreign threats. Regarding Islamist terrorism, the goal of the U.S. government should be to destroy terrorist organizations—including, most importantly, the nations that support them. Instead we are witnessing the revolting spectacle of the U.S. government sacrificing American lives and wealth in an absurd attempt to bring “freedom” and prosperity to those trying to kill us.

Let’s stop loving our enemies and start killing them.