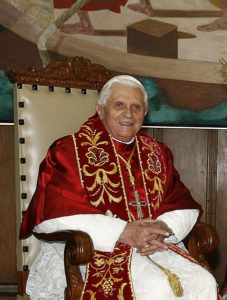 The Pope belies his church’s “pro life” posturing in his recent condemnation of “artificial fertility,” by which he means any medically assisted pregnancy not involving a “conjugal act” between husband and wife. Thus, the AP summarizes, the Pope condemns “sperm or egg donation and methods such as in vitro fertilization.”

The Pope denounces what he calls “the fascination of the technology of artificial fertility” that can result in “easy income, or even worse, the arrogance of taking the place of the Creator.”

But the Pope’s position is viciously anti-life. Doctors who earn a living by assisting with fertility are every bit as moral and heroic as are doctors who earn a living by “artificially” repairing a heart. Those willing and able to care for children of their own and who need the aid of technology to get pregnant or have a child have every moral right to use that technology, bring new life into the world, and enjoy parenthood.

The only arrogance with which people need be concerned is that of the Pope and company with their anti-life, pseudo-moral “righteousness.”