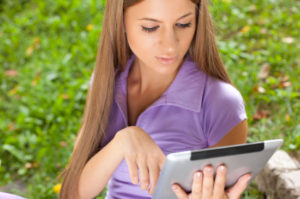 The Justice Department continues its assault on the property and contract rights of Apple and various book publishers. Bloomberg reports that the DOJ “is close to a settlement with three of the world’s biggest publishers on e-book price contracts with Apple Inc.”

According to the antitrust laws under which the DOJ acts, the federal government may forcibly prevent or alter consensual contracts among producers on the pretext that doing so increases “competitiveness.” But the only sort of competition the government should protect is that of free markets, made possible by the consistent defense of individual rights. Fundamental to our rights is the right to negotiate freely with others by mutual consent.

Insofar as it enforces antitrust laws, the federal government replaces the free competition of businessmen creating and trading values (i.e., capitalism) with the “competition” of armed government thugs (and those seeking their favor) who tell businessmen what they may and may not do (i.e., statism). Ultimately, the DOJ enforces all of its “settlements” and other demands by forcibly seizing property and jailing people.

Bloomberg reports that, in response to the possible DOJ “settlement,” “Apple may stop selling books or match lower prices, in some cases resulting in a loss on each book.” In other words, as reward for vastly enriching the lives of millions of Americans, Apple will be driven from part or all of the book market or forced to sacrifice its profits on the values it delivers.

To defend justice and individual rights, Americans must demand that (a) Congress repeal the antitrust laws, which are inherently rights-violating, and (b) until the laws are repealed, the Department of “Justice” stop using them as a cudgel to assault American business owners.