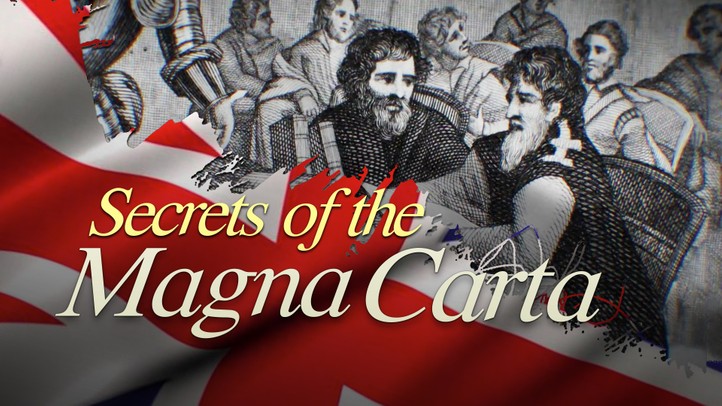 Secrets of the Magna Carta, Written by Martin Durkin

The sealing of the Magna Carta in 1215 was a major turning point in world history. It helped to topple the idea that kings are above the law, preventing the crown from taxing noblemen without their consent and establishing the right of all people to due process and legal protection of private property. Written by wealthy English barons keen to protect themselves from the tyrannical King John, it would go on to have an impact far greater than they could have imagined, liberating British commerce and inspiring American independence. In the 2017 two-part documentary Secrets of the Magna Carta, writer Martin Durkin sets out to tell the story of this incredible document and its legacy.

That story begins with the invasion of England by the Norman king William. He and subsequent kings heavily taxed the English people, then used their money to fight wars and secure the Norman kings’ interests in France, which angered the English, setting the stage for revolt. During this segment, Durkin presents an interesting perspective on the story of Robin Hood. Rather than simply “stealing from the rich to give to the poor,” Robin Hood is depicted as the embodiment of the popular rebellion against the harsh taxes imposed by Norman kings (especially John, the “Bastard King”). He steals from the Sheriff of Nottingham, the tax collector, to return money to the people from whom it was appropriated.1

The period leading up to the sealing of the Magna Carta is covered quickly, and the documentary moves on to discuss this “Great Charter’s” subsequent impact on English society. Through its defense of property rights, the Magna Carta made it possible for people to establish new businesses, which led to increased specialization, sparking a boom in production, trade, and innovation.

The first fifty-minute episode takes the viewer right up to the creation of the British Bill of Rights and the early colonization of America in the 17th century. . . .

View all articles by Thomas Walker-Werth →
Letter to the Editor
Phineas and Ferb by Dan Povenmire and Jeff ‘Swampy’ MarshWandaVision, Created by Jac Schaeffer

1 The documentary presents Robin Hood as though he were a real historical figure, but given that there is no direct evidence for the existence of a single historical Robin Hood figure (such bandits were common at the time), it seems safe to assume this is artistic license for depicting the popular disdain for royal taxes during this period. The University of Rochester’s Robin Hood Project notes that “Scholars have long searched for the origin of Robin Hood, for an identifiable, historical outlaw in the Sherwood or Barnsdale area. The opening quote from Langland’s Piers Plowman (c. 1377) is Robin’s first appearance in a text, be it literary or historical, and it is not a shining reference. Sloth suggests songs of Robin Hood are widely known in taverns, implying he is a popular figure without a literary pedigree.” John H. Chandler, Robin Hood: Development of a Popular Hero (Rochester, NY: University of Rochester, 2006), https://d.lib.rochester.edu/robin-hood/text/chandler-robin-hood-development-of-a-popular-hero (accessed February 28, 2021).