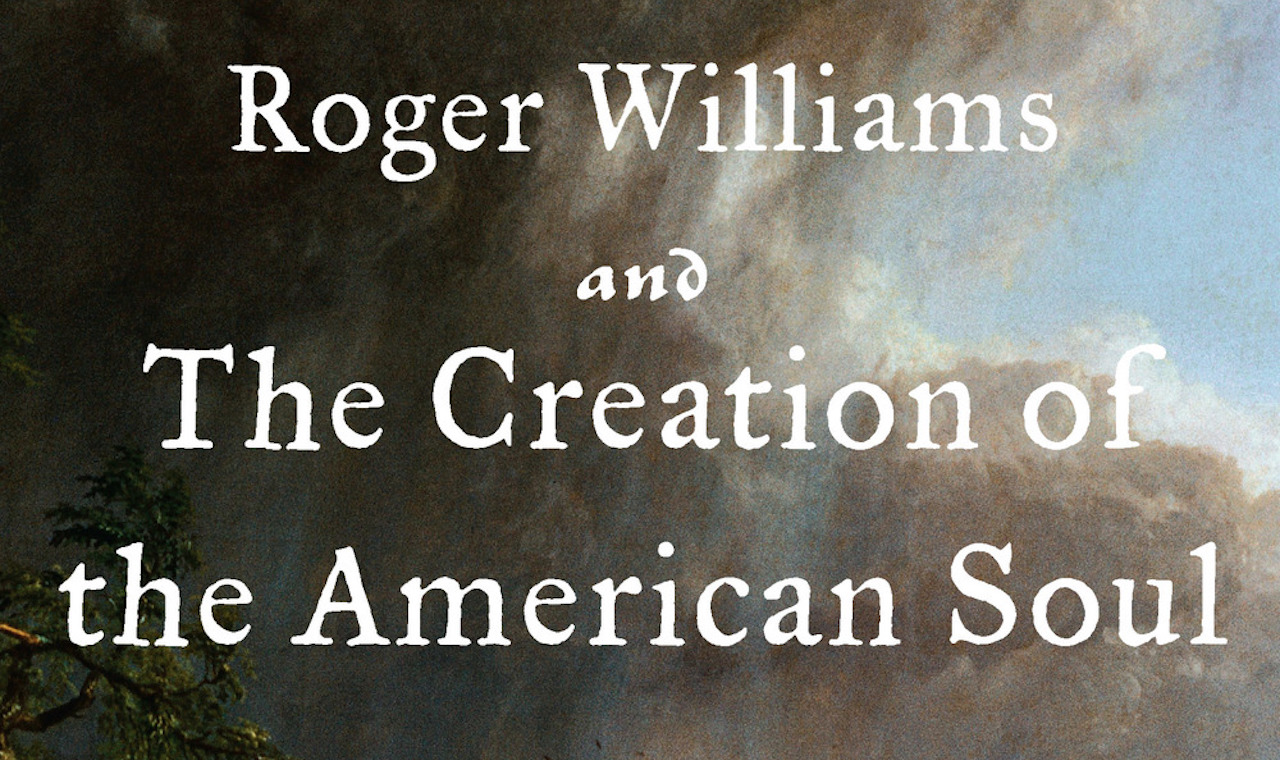 Roger Williams and the Creation of the American Soul: Church, State, and the Birth of Liberty by John M. Barry

Though few know it today, Roger Williams preceded Thomas Jefferson in calling for a “wall of separation” between church and state, and he founded Rhode Island on freedom of conscience—even for atheists.

How could a devout Puritan minister in 17th-century New England have championed that radical political principle? In Roger Williams and the Creation of the American Soul, author John M. Barry answers this question. Barry tells Williams’s story and identifies his fundamental philosophic ideas, tracing their religious and political impact on America. Though Barry’s analysis is not always convincing, the book sheds light on how Williams and a few other religious figures helped pave a road toward the nation’s founding.

Born in London in 1603, Williams studied at Cambridge and was an apprentice to Edward Coke, the celebrated English jurist who famously declared, “the house of every one is to him as his Castle and Fortress as well for defence against injury and violence, as for repose” (208).

Barry notes that Williams was highly influenced by Coke’s court battles with James I and the king’s son and successor, Charles I. James wrote the King James Bible and instituted the divine right of kings in order to divorce his royal powers from any worldly authorities; Charles retained these arbitrary powers. Coke fought back on behalf of English liberties. Although Williams never explicitly credited Coke as an influence, Barry contends that Coke’s example impacted Williams’s understanding of individual liberty, property rights, and the rule of law. For instance, Barry writes that Coke “advanced the idea that the English constitution—not simply the written Magna Carta but all the traditions of the rights and privileges of England—prohibited arbitrary power” (221).

Barry holds that Francis Bacon, the empiricist philosopher who helped pioneer scientific methodology, also influenced Williams, although this influence was subtler than Coke’s. From Bacon, Williams learned a new way to think and inquire: a means of approaching and evaluating evidence in pursuit of the truth. Williams disagreed with Bacon’s authoritarian politics but greatly admired the scientific method that Bacon modeled. Barry summarizes these secular influences on Williams, writing:

Bacon had taught him a methodology, and an intellectual honesty. [Williams’s] time with Coke and his own experiences with Massachusetts had burned into him an understanding of the law and of the power of the state; this sparked ideas beyond the question of religion. He knew what he thought. He knew what he believed to be right. And he did not flinch before the implications of his evidence and his logic. (320)

Williams held that the relationship between the government and the Church of England was corrupt. So, in 1631 he left England for New England. However, Williams would see the same problems resurface in Massachusetts. He declined an offer to be a minister at the Boston church—one the most significant positions in America. And he spoke out against forced tithes and government-compelled church attendance.

According to Barry, America’s long debate over separation of church and state was born of feuds between Williams and John Winthrop, a cofounder and the first governor of colonial Massachusetts. This clash is a centerpiece of the book. In essence, Winthrop’s legal theory rested on obedience to God. Consequently, he held that law began with conformity to God’s laws, especially the Ten Commandments. But Williams argued that magistrates had no authority to enforce religious commandments or to punish people for not attending church.

Massachusetts magistrates ordered Williams not to speak publicly on these subjects. Williams spoke anyway. He was put on trial, judged to hold “dangerous opinions,” and banished from Massachusetts in 1635.

defined the course of settlement in New England. More importantly, it opened a fissure in America, a fault line which would rive America all the way to the present. That fissure opened over the question of the role of government in religion and of the reverse, the role of religion in the government. (206)

Barry explains that William’s idea of the relationship between church and state was based on his religious view that only God and his church are pure; men and the world itself are inherently corrupt. Thus, the state—a man-led, corrupt institution—must refrain from church affairs. Of course, William’s reason for separating church and state “was not that of most modern supporters of separation; rather, he sought to protect the church, believing the profanity of the state could only contaminate the church’s purity” (187–88).

Barry continues this explanation, examining a pamphlet Williams wrote in response to a prominent Puritan cleric who he believed led the charge to banish him from Massachusetts:

Williams described the true church as a beautiful and magnificent garden, unsullied and pure, resonant of Eden. The world he described as “the Wildernesse.” That world too had resonance with him, a personal resonance. Then he charged that Massachusetts had mixed the two, and he used for the first time a phrase which he would use again in the future, a phrase which although not attributed to him has echoed through American history. “[W]hen they have opened a gap in the hedge or wall of Separation between the Garden of the Church and the Wildernes [sic] of the world,” he wrote, “God hathe ever broke down the wall its selfe, removed the Candlestick, &c. and made his Garden a Wildernesse.” He was saying that mixing church and state corrupted the church. He was saying that when one mixes religion and politics one gets politics. (307–8)

Having been banished from Massachusetts, Williams went on to found Rhode Island. Though nearly all Williams’s surviving letters reference God, the founding compact he penned for Rhode Island—perhaps his most important piece of writing—made no mention of any deity. Williams refused to include a religious test as a requisite for voting. Further foreshadowing the U.S. Constitution, his compact also stated that the government was empowered and controlled by its citizens.

In 1644, Williams wrote a book on political liberty titled, The Bloudy Tenent of Persecution. Here, Williams relied overwhelmingly on scripture to justify his position that God grants freedom of conscience universally. Barry contends that in this case, Williams was motivated to refute his ideological opponents—who likewise argued from scripture. Barry writes, “Only a rebuttal also based upon the Word of God could answer. And his interpretation of Scripture supported, indeed required, the utter separation of church and state” (323–24).

Although Barry delivers a noteworthy history of Roger Williams, he also reaches some questionable conclusions. For one, he insists that thanks to Williams, Rhode Island was, at the time, the freest place on earth. Yet, Barry doesn’t adequately explain how Williams championed freedoms other than that of conscience. Notably absent is any detailed comparison between Rhode Island and freer colonies or nations, such as the New Amsterdam colony, which we know today as New York, and the Netherlands, which then recognized property rights. By contrast, Rhode Island initially did not recognize property rights, but rather held property in common.

These are minor issues, however. For those interested in the origin of the principle of separation between church and state, Barry’s illuminating biography of Roger Williams is a must-read.