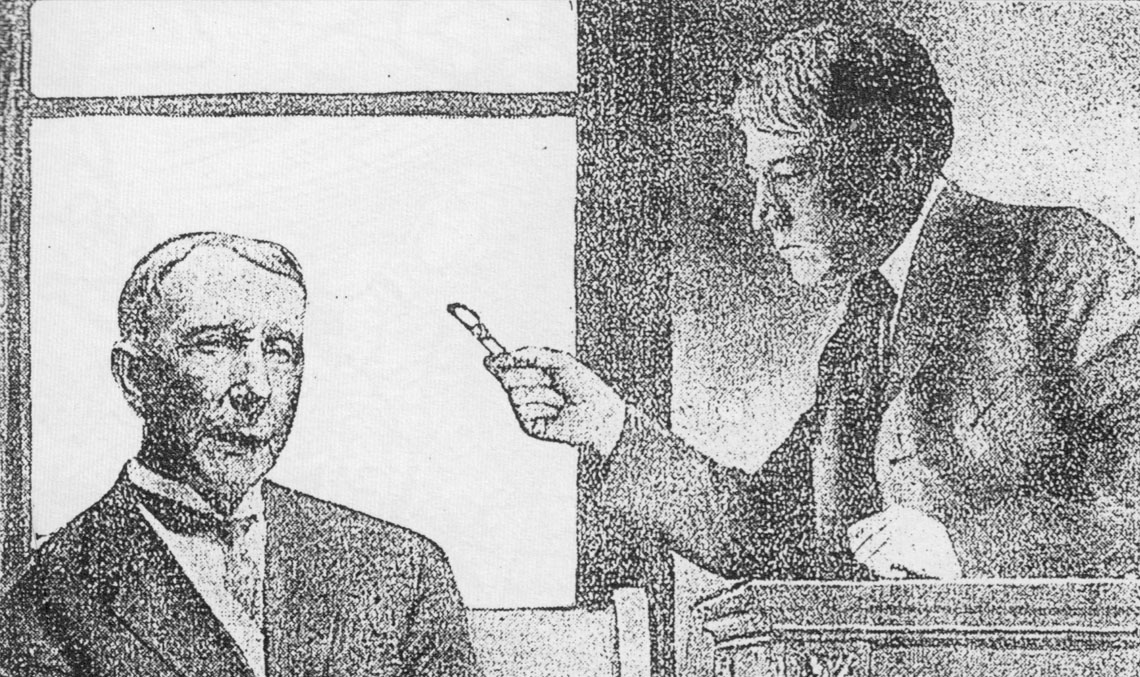 Vindicating Capitalism: The Real History of the Standard Oil Company

Who were we that we should succeed where so many others failed? Of course, there was something wrong, some dark, evil mystery, or we never should have succeeded!1 —John D. Rockefeller

The Standard Story of Standard Oil 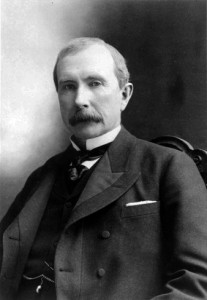 In 1881, The Atlantic magazine published Henry Demarest Lloyd’s essay “The Story of a Great Monopoly”—the first in-depth account of one of the most infamous stories in the history of capitalism: the “monopolization” of the oil refining market by the Standard Oil Company and its leader, John D. Rockefeller. “Very few of the forty millions of people in the United States who burn kerosene,” Lloyd wrote,

know that its production, manufacture, and export, its price at home and abroad, have been controlled for years by a single corporation—the Standard Oil Company. . . . The Standard produces only one fiftieth or sixtieth of our petroleum, but dictates the price of all, and refines nine tenths. This corporation has driven into bankruptcy, or out of business, or into union with itself, all the petroleum refineries of the country except five in New York, and a few of little consequence in Western Pennsylvania. . . . the means by which they achieved monopoly was by conspiracy with the railroads. . . . [Rockefeller] effected secret arrangements with the Pennsylvania, the New York Central, the Erie, and the Atlantic and Great Western. . . . After the Standard had used the rebate to crush out the other refiners, who were its competitors in the purchase of petroleum at the wells, it became the only buyer, and dictated the price. It began by paying more than cost for crude oil, and selling refined oil for less than cost. It has ended by making us pay what it pleases for kerosene. . . .2

Many similar accounts followed Lloyd’s—the most definitive being Ida Tarbell’s 1904 History of the Standard Oil Company, ranked by a survey of leading journalists as one of the five greatest works of journalism in the 20th century.3 Lloyd’s, Tarbell’s, and other works differ widely in their depth and details, but all tell the same essential story—one that remains with us to this day.

Prior to Rockefeller’s rise to dominance in the early 1870s, the story goes, the oil refining market was highly competitive, with numerous small, enterprising “independent refiners” competing harmoniously with each other so that their customers got kerosene at reasonable prices while they made a nice living. Ida Tarbell presents an inspiring depiction of the early refiners.

Life ran swift and ruddy and joyous in these men. They were still young, most of them under forty, and they looked forward with all the eagerness of the young who have just learned their powers, to years of struggle and development. . . . They would meet their own needs. They would bring the oil refining to the region where it belonged. They would make their towns the most beautiful in the world. There was nothing too good for them, nothing they did not hope and dare.4

“But suddenly,” Tarbell laments, “at the very heyday of this confidence, a big hand [Rockefeller’s] reached out from nobody knew where, to steal their conquest and throttle their future. The suddenness and the blackness of the assault on their business stirred to the bottom their manhood and their sense of fair play. . . .”5

Driven by insatiable greed and pursuing his firm’s self-interest above all else, the story goes, Rockefeller conspired to obtain an unfair advantage over his competitors through secret, preferential rebate contracts (discounts) with the railroads that shipped oil. By dramatically and unfairly lowering his costs, he slashed prices to the point that he could make a profit while his competitors had to take losses to compete. Sometimes he went even further, engaging in “predatory pricing”: lowering prices so much that Standard took a small, temporary loss (which it could survive given its pile of cash) while his competitors took a bankrupting loss.

These “anticompetitive” practices of rebates and “predatory pricing,” the story continues, forced competitors to sell their operations to Rockefeller—their only alternative to going out of business. It was as if he was holding a gun to their heads—and the “crime” only grew as Rockefeller acquired more and more companies, enabling him, in turn, to extract ever steeper rebates from the railroads, which further enabled him to prey on new competitors with unmatchable prices. This continued until Rockefeller acquired an unchallengeable monopoly in the industry, one with the “power” to banish future competition at will and to dictate prices to suppliers (such as crude oil producers) and consumers, who had no alternative refiner to turn to.

Pick a modern history or economics textbook at random and you are likely to see some variant of the Lloyd/Tarbell narrative being taken for granted. Howard Zinn provides a particularly succinct illustration in his immensely popular textbook A People’s History of the United States. Here is his summary of Rockefeller’s success in the oil industry: “He bought his first oil refinery in 1862, and by 1870 set up Standard Oil Company of Ohio, made secret agreements with railroads to ship his oil with them if they gave him rebates—discounts—on their prices, and thus drove competitors out of business.”6

Exhibiting the same “everyone knows about the evil Standard Oil monopoly” attitude, popular economist Paul Krugman writes of Standard Oil and other large companies of the late 19th century:

The original “trusts”—monopolies created by merger, such as the Standard Oil trust, or its emulators in the sugar, whiskey, lead, and linseed oil industries, to name a few—were frankly designed to eliminate competition, so that prices could be increased to whatever the traffic would bear. It didn’t take a rocket scientist to figure out that this was bad for consumers and the economy as a whole.7

The standard story of Standard Oil has a standard lesson drawn from it: Rockefeller should never have been permitted to take the destructive, “anticompetitive” actions (rebates, “predatory pricing,” endless combinations) that made it possible for him to acquire and maintain his stranglehold on the market. The near-laissez-faire system of the 19th century accorded him too much economic freedom—the freedom to contract, to combine with other firms, to price, and to associate as he judged in his interest. Unchecked, economic freedom led to Standard’s large aggregation of economic power—the power flowing from advantageous contractual arrangements and vast economic resources that enabled it to destroy the economic freedom of its competitors and consumers. This power, we are told, was no different in essence than the political power of government to wield physical force in order to compel individuals against their will. In the free market, through unrestrained voluntary contracts and combinations, Standard had allegedly become the equivalent of a king or dictator with the unchallenged power to forbid competition and legislate prices at whim. “Standard Oil,” writes Ron Chernow, author of the popular Rockefeller biography Titan, “had taught the American public an important but paradoxical lesson: Free markets, if left completely to their own devices can wind up terribly unfree.”8

This lesson was and is the logic behind antitrust law, in which government uses its political power to forcibly stop what it regards as “anticompetitive” uses of economic power. John Sherman, the author of America’s first federal antitrust law, the Sherman Antitrust Act of 1890, likely had Rockefeller in mind when he said:

But Rockefeller was no autocrat. The standard lesson of Rockefeller’s rise is wrong—as is the traditional story of how it happened. Rockefeller did not achieve his success through the destructive, “anticompetitive” tactics attributed to him—nor could he have under economic freedom. Rockefeller had no coercive power to banish competition or to dictate consumer prices. His sole power was his earned economic power—which was no more and no less than his ability to refine crude oil to produce kerosene and other products better, cheaper, and in greater quantity than anyone thought possible.

It has been more than one hundred years since Ida Tarbell published her History of the Standard Oil Company. It is time for Americans to know the real history of that company and to learn its attendant and valuable lessons about capitalism. . . .

5 Ibid., p. 37. It is worth noting that in this legendary work of journalism, Tarbell fails to meet basic standards of disclosure by not stating that her father was an oilman in the Oil Regions—and that her brother was the treasurer of the Pure Oil Company, a competitor of Standard Oil that began in the late 1800s.