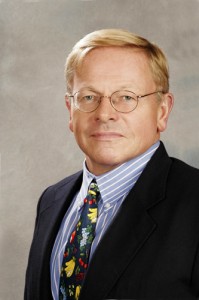 In a recent Wall Street Journal opinion piece, “Targeting the Wealthy Kills Jobs,” T. J. Rodgers, founder and CEO of Cypress Semiconductor, addresses some causes and consequences of today’s culture of envy. “The American dream has traditionally been one of individual success that is rewarded and admired,” writes Rodgers. “But we are now urged to become a zero-sum society in which those achieving the American dream are envied and even resented.”

Rodgers notes that popular language about “income disparity,” “haves and have-nots,” and “fair share” are used as justification for the government seizing wealth from some people and handing it to others. He notes that American producers are demonized by promoters of envy, from Obama claiming, “You didn’t build that,” to radio show callers asking, “How much more do the rich need?”

In making his case, Rodgers lucidly points out that rich businessmen create businesses that produce jobs. He notes that his own $1.2 million investment in a lakefront restaurant in Oshkosh, Wisconsin “now permanently employs 65 people at an investment of $18,000 per job, a figure consistent with U.S. small businesses.” He then asks,

If progressive taxation in the name of "fairness" had taken my "extra" $1.2 million and spent it on a government stimulus program, would 65 jobs have been created?

According to recent Congressional Budget Office statistics on the Obama administration's 2009 stimulus program, each job created has cost between $500,000 and $4 million. Thus, my $1.2 million, taxed and respent on a government project of uncertain duration, would have created about one job, possibly two, and not the 65 sustainable jobs that my private investment did.

This is an excellent and beautifully illustrated point that Americans need to grasp. When businessmen are free to invest their money as they see fit, they create and grow businesses and thereby produce jobs.

Unfortunately, Rodgers does not anchor his argument in the moral right of the individual to act on his own judgment, to keep and use his own property, and to live and work for his own sake. He doesn’t even mention rights. Rather, he rests his defense on the altruist notion that service to others is what justifies one’s choices and actions. For example, in answering the question, “How much more do the wealthy need?”—he replies, “How much more do I need? How many more jobs do you want?”

Such an answer implies that the reason Rodgers should be free to use his wealth as he sees fit is so that he can provide more jobs for others. But the reason a producer should be free to keep and use his wealth is not that this will enable him to create jobs for others. Of course, it will—but that’s not the justification. The justification for a producer’s freedom to keep and use his wealth is that he has a moral right to keep and use it, a right grounded in the fact that he produced the wealth through his own thinking and effort—and the fact that he, like all individuals, is morally an end in himself, not a means to the ends of others.

Even so, Rodgers should be commended and admired for defending the American dream against the purveyors of envy. Hopefully more CEOs and businessmen will follow his example. Even more hopefully, some will anchor their arguments in moral rights.