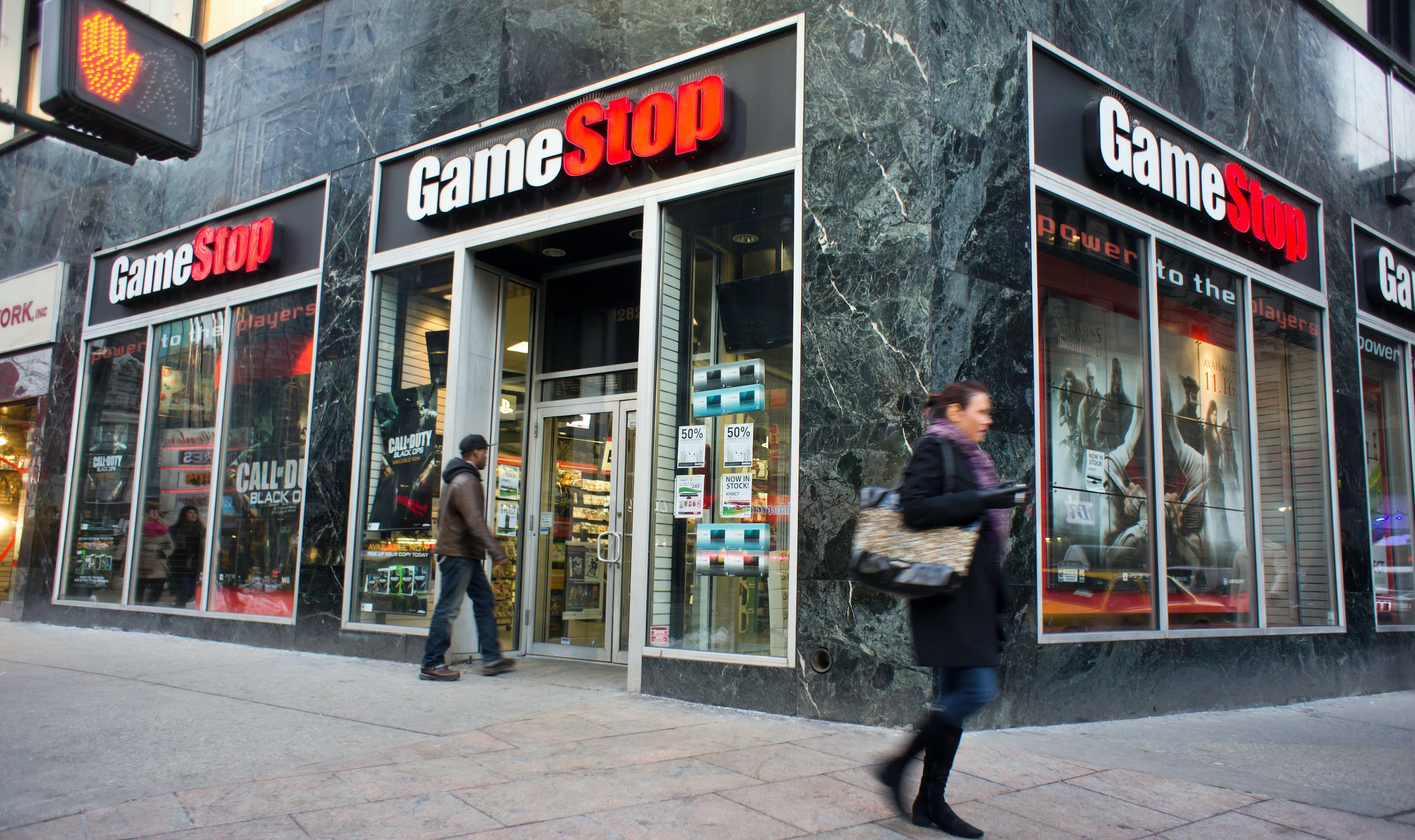 “My goal isn’t to get rich on this; my goal is to bankrupt these billionaires,” claimed John Motter in an interview for the Los Angeles Times, after he used his government stimulus check to trade stocks. “I would buy magic beans on the street from a stranger if he said they had the potential to ruin a billionaire’s life.”1 Many traders on the Reddit platform WallStreetBets appear to share this sentiment.

At the end of 2020, traders flocked to WallStreetBets to find the latest information about popular stocks in hopes of making fast money. After learning that several hedge funds had significant short positions in GameStop (NYSE: GME)—that is, they borrowed shares, speculating that the stock would go down in hopes of buying it back at a lower price—WallStreetBets orchestrated a plan to destroy the hedge funds and simultaneously make a lot of money for themselves.2 They then colluded to push up the price of GME by collectively buying shares, often using the popular brokerage platform Robinhood. They held that this would be an act of justice against traders on Wall Street who became richer during the pandemic while many people suffered.3

As GME skyrocketed, hedge funds with significant short positions took losses. However, traders from WallStreetBets were unprepared for what occurred next. Robinhood restricted trading on GME and similar stocks, allowing users to close existing positions, but preventing them from opening new ones. Many assumed that Robinhood did this to protect hedge funds from losing more money, but it actually restricted trading to meet regulatory capital requirements.

GameStop’s volatility attracted the attention of the Securities and Exchange Commission (SEC) and the House Financial Services Committee, and the latter held a hearing to investigate what occurred. The Committee determined that the hedge funds and brokerage firms involved did nothing wrong. Many traders from WallStreetBets were enraged with this conclusion, believing that “the system is stacked against them, and no matter what, Wall Street always wins.”4 In fact, certain hedge funds did lose money. However, the hedge funds had enough capital to survive big losses, whereas many who targeted them lost everything they had by holding onto their positions in GME, long after the original hedge funds closed their short positions and the stock plummeted.

Apparently, traders from WallStreetBets did not act according to their own judgment; instead, they followed opinions expressed by others. The moderators promoted the belief that billionaires on Wall Street are evil, and others quickly jumped on the bandwagon. Some feared missing out on an opportunity to “get rich quick,” whereas others blindly followed alerts to make trades—and incurred sizable losses. Participants cast themselves as heroes in a moral crusade against Wall Street, turning WallStreetBets into a worldwide phenomenon.

According to reporters at the Los Angeles Times, investor Sriram Krishnan “felt the pull ‘to be part of the zeitgeist.’” Krishnan stated, “I am holding [GME] to be in solidarity with others. . . . It’s something I don’t usually do—public market investing—but it felt good to be investing in something alongside hundreds of thousands of other people.”5

In an article in the Washington Post, Drew Harwell quoted a young trader: “Being a part of WallStreetBets, it’s like a religion you’re devoted to,” he said on a Tuesday phone call from his parents’ home, where, in his bedroom, he has hung up a printed-out meme image featuring Jesus Christ, the Virgin Mary, and Tesla chief executive Elon Musk, with GameStop’s logo shining above them.6

Such secondhand behaviors led to serious consequences. The Wall Street Journal reported that a trader “was so enthusiastic about GameStop Corp. in late January that he took out a $20,000 personal loan and used it to purchase shares. Then the buzzy stock plunged nearly 80%.”7 Journalist Daniel Winter wrote, “The mob mentality [of WallStreetBets] creates an illusion of size and power in the minds of participants, while allowing the individuals to underestimate the consequences of being caught out.”8

These traders swallowed the myth that billionaires are immoral and that “the common man” must take them down if the government will not. In attempting to do so, they neglected to conduct their own research and educate themselves about the market. They neglected to determine entry and exit methods and did not have effective risk management protocols to prevent crippling losses. They lacked emotional discipline and based their trades on suggestions from others. And many traders decided to hold their positions and go down with the ship, believing that doing so served the “noble” crusade against billionaires—altruistic, self-destructive gambling that their peers encouraged and celebrated.

We only have to look at an example such as the venture capital firm that funded Apple Inc. to recognize that those on Wall Street have furthered economic prosperity and human progress—a fundamentally noble endeavor.9 Instead of seeking to destroy these producers, traders from WallStreetBets should learn to value wealth creation and respect those who have earned their wealth through decades of hard work, innovation, and independent thinking.

Instead of seeking to destroy producers, traders from #WallStreetBets should learn to value wealth creation and respect those who have earned their wealth through decades of hard work, innovation, and independent thinking.
Click To Tweet

View all articles by F. F. Mormanni →
Letter to the Editor
The Anti-Progress Crusade against FlightOSI’s May Courses for Life, Liberty, and Happiness

9. Andrew Beattie, “Steve Jobs and the Apple Story,” Investopedia, March 14, 2020, https://www.investopedia.com/articles/fundamental-analysis/12/steve-jobs-apple-story.asp (accessed April 12, 2021); “From Alibaba to Zynga: 40 of the Best VC Bets of All Time and What We Can Learn From Them,” CB Insights, January 4, 2019, https://www.cbinsights.com/research/best-venture-capital-investments/ (accessed April 12, 2021).