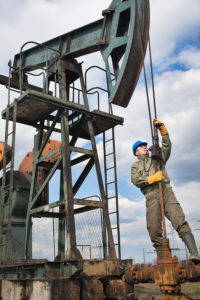 American energy producers have rapidly expanded their output of oil and natural gas in recent years—thanks to the advancing technologies of horizontal drilling and hydraulic fracturing (fracking). For an indication of the difference these technologies make, consider some figures regarding the Eagle Ford Shale formation in Texas.

The energy company EOG Resources recently announced daily production rates of 4,510 barrels of oil, 715 barrels of natural gas liquids, and 4.2 million cubic feet of natural gas out of a single well. In 2007—prior to horizontal drilling and fracking at the location—Eagle Ford “total liquids production (crude oil and condensate) was less than 21 thousand barrels” for the year. In other words, EOG Resources now produces more energy in five days from one well than all the energy produced in the Eagle Ford in 2007.